Unfortunately, Yu Darvish Has Picked Up Right Where He Left Off Last Season 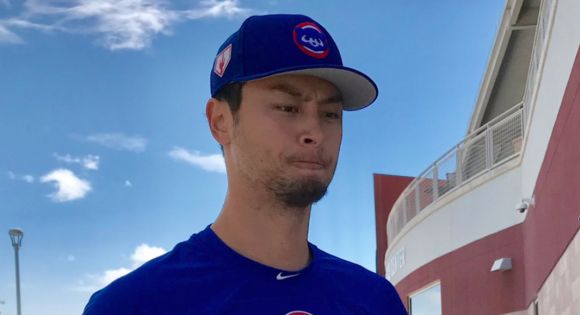 The Chicago Cubs signed Yu Darvish for a lot of money and a lot of years in free agency before the 2018 season.

It was six years and $126million, to be precise.

Sadly, the Cubs didn't receive much value from their prized acquisition, as Darvish made eight unproductive starts before his right elbow got weird and the team was forced to pull the plug.

However, his first start against his former team in Texas went rather poorly.

Darvish couldn't quite get out of the third inning, allowing two hits, three earned runs, and an astonishing seven walks on 75 agonizing pitches.

Yu Darvish has walked 3 in each of the first 2 innings of this start. That's something that Tyler Chatwood did NOT do last season.

For the record, Tyler Chatwood led MLB in walks with 95 in just over 100 innings, so this isn't complimentary.

How about this one?

Again, the point would be that this sorta thing doesn't happen often.

Despite his best efforts, the Cubs were still ahead when Darvish was mercifully pulled, but the bullpen pissed away the lead late in an 8-6 loss.

While the very expensive 32-year-old does appear to be healthy, if anyone needed a strong start to the season, it would be this dude.

Who could blame him?