Published on 2-Aug-2016 by Alan Adamsson 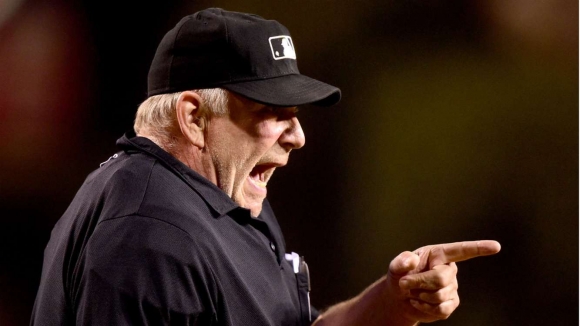 Anyone attending a baseball game -- especially a major league game -- is subject to an umpire's discretion.

That would include wrath.

So, do know there's a fine line out there.

Granted, it may be a high bar, but not so high that Philadelphia won't have a fan to clear it, not even in happy times. Take tonight's game against the San Francisco Giants, for instance: Again, dude's well within his authority.

This wasn't his first rodeo. Here's a clip from a 2010 game between the St Louis Cardinals and Milwaukee Brewers:

Freedom of speech may be a Constitutional right, but just like all the others listed there, it's subject to regulation.

Seems like a few dudes should remember that before they go shooting off their mouths.