Ump Claims Joe Torre's Out to Ruin His Career

Published on 4-Jul-2017 by Alan Adamsson 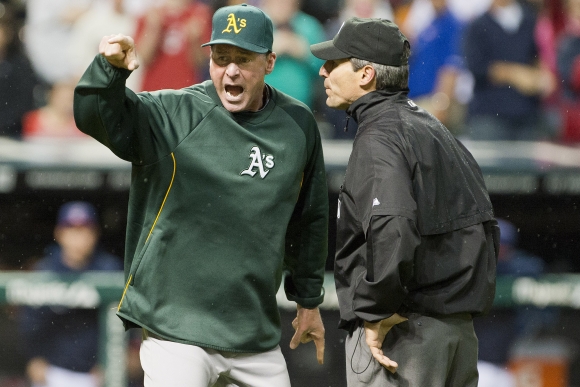 It's the way of the world anymore.

Everyone's gotta blame someone else for their shortcomings because, surely, it couldn't be down to them!

But still, the last person outside of politics who shouldn't be pointing fingers is MLB umpire Ángel Hernández.

Now, Hernández can add this to his history of bad calls:

Dude's gonna have a challenge making that stick.

The MLB umping fraternity is definitely an OG club, but Torre & Co in the league office have been bend-over-backward equal opportunity in keeping incompetents employed. Cases in point:

The incident with Torre that Hernández cited went back to 2001, but he surely remembers Torre's rebuke on an incredibly bad-judgment call back in 2013.

That's when umpires could access replays from broadcast feeds, but the temporary crew chief's decision was final.

And who was that?

This was probably also the reason MLB has replays called from a central command studio now.

In spite of all this, dude's detractors must grudgingly admit he has some redeeming value out there:

But that's about it.

If Joe Torre wanted heat, he would name Hernández to a crew chief position whenever one became available.

Race has nothing to do with it. Dude's had since 1991 to build a reputation.

He's got the one he deserves.