Ugg Says No to Fresno, So Giants Say No to Him 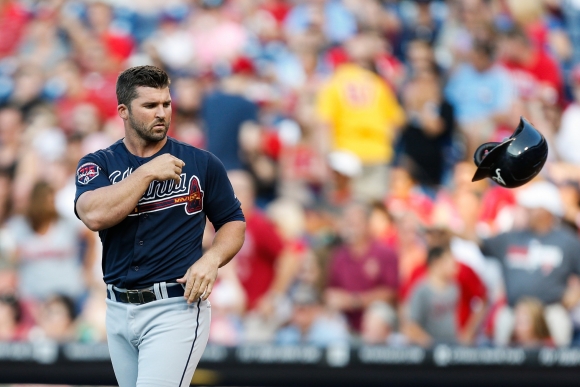 It’s a dirty rotten shame that Dan Uggla declined to accept a demotion to AAA Fresno to get his game straight.

And in doing so, he had to know what was coming. Really, which team does he think he's impressed with his stats so far this season?

His dismal performance whilst a member of the San Francisco Giants is certainly a glaring testament to --and a vindication of -- the attitude of the Orange & Black towards him.

The Giants were merely advocating a long view so he could find his A-game again. AAA seemed the best place to do it.

How foolish, then, of Uggla to pass on the opportunity. He might have revitalized his once-great career --and revelled in the luster of a pennant race -- with a top-notch organization that is the Giants of 2014. Not to mention -- until now! -- his obviously excessive salary demands for output that could easily be eclipsed by even the most humble of minor leaguers.

Though I’ve never had the pleasure, one can only conclude from his actions that he must be a prima donna of the highest order.

One might further suppose that Mr Uggla -- after a comparatively long and semi-illustrious career -- must have amassed a good chunk of change to help him bear the rigors of his new life away from the glare of the baseball spotlight.

It remains to be seen what, if any Major League club, is going to risk carrying around his dead weight of late at the plate.

Can we say Sayonara?