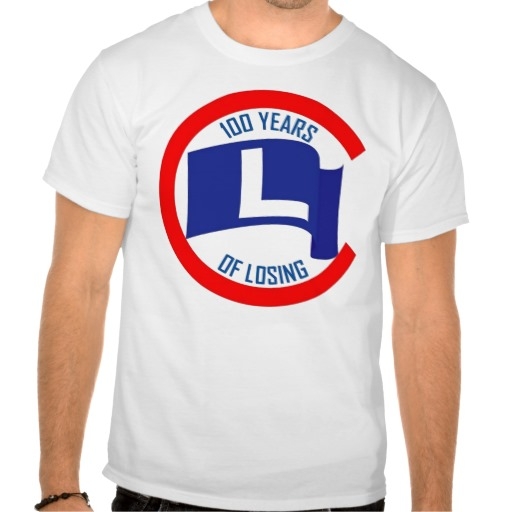 The nature of sporting competition is broken down into two simple categories.

However, shifting to winning from losing -- cyclically or otherwise -- can be a consistently elusive occurrence for some sports franchises.

While some are blessed to be like the Yankees and pull championships out of thin air, many others are damned to witness years upon years of losing.

However, 2015 looks to be different for four perpetual losers, as this year’s MLB championship series finds them looking to redeem their losing history.

The Kansas City Royals are already well into this process. Last season, the team ended what was then the longest active playoff drought in sports --  29 years -- on their way to a Game 7 loss in the World Series:

The Royals are already up one game on another team that recently returned from the wilderness.

The Toronto Blue Jays' 21-year postseason drought had been the longest active streak in baseball, courtesy of the Royals breaking their streak in 2014. Also, like the Royals, the last time a Blue Jay appeared in October was in the Fall Classic.

The Jays' trade deadline deals propelled them into the playoffs, but will it be enough bring a championship to the Great White North?

On the other side of Designated Hitter line, those plucky New York Mets were able to survive the wrath of Chase Utley and the dozing Dodgers.

The former LOLMets were able to shake their streak of six losing seasons as well as years of being the butt of every MLB-related joke that didn't involve the Cubs, via their staff of fireballing aces:

Standing in the Metropolitans' way is possibly the most tortured franchise in the history of the universe, those Chicago Cubs.

We all know the story.

106 years without a World Series. Numerous missed opportunities. Steve Bartman reaching over the railing and drawing the anger and hatred of fellow fans:

The Cubbies are now presented with their best opportunity to end their franchise's fabled, century-long losing streak. Will they let yet another chance slip through their fingers?

Or maybe this Cubs team is one of destiny.

I guess this all goes to show that it’s never too late for a loser to morph into a winner, even if it takes more than 100 years.