Top of the Crops in Rookie of the Year Awards 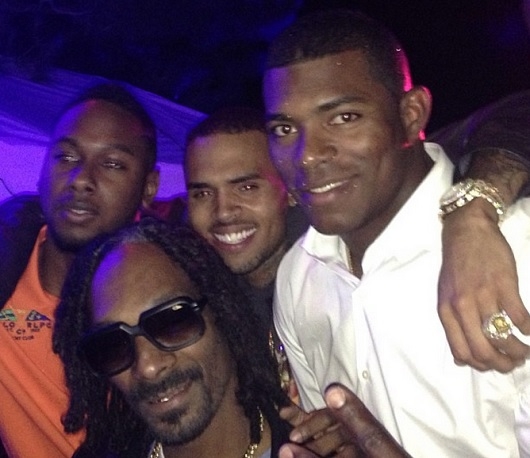 “In baseball, you don’t know nothing.”

The other day, a co-worker who is an astute baseball man stated that this year’s National League Rookie of the Year race could be one of the best ever.

It's going to come down to Jose Fernandez of the Miami Marlins and Yasiel Puig of the Los Angeles Dodgers, and at this point, they could both end up with the award and deservedly so.

If there was a clear front runner in the American League, he may have a point, but it's tough to say if Wil Myers of the Tampa Bay Rays will become a superstar like some of the experts think he will. Nick Franklin of the Seattle Mariners is making a strong case, too.

This led me to thinking about some of the past winners of the award, and while Puig and Fernandez may go on to have notable careers, it will be tough for them to surpass some of the previous winners in terms of star power or even one-hit wonders.

After hours of exhaustive research and staring blankly at the computer screen, I have compiled the top five Rookie of the Year combos in baseball history. It would’ve been easier to present the five worst combos, but I’m trying to stay positive, much like the President talking about our economy!

2012:  Mike Trout and Bryce Harper.  Something tells me they will crack the top five when the history books are rewritten. I really wanted to put them in there, but it’s just too early. Will Bryce Harper find a way to wear those awful gold Nike shoes on his Hall of Fame plaque?

2007:  Ryan Braun and Dustin Pedroia.  Only the suspension of Ryan Braun for PED’s will keep this combo from ever cracking the top five. Pedroia won the AL MVP the following year, which is another rare baseball feat.

2006:  Justin Verlander and Hanley Ramirez.  If Ramirez would pull his head out and play up to his potential, this combo also may crack the top five! Don't look now, but he may just be realizing that point these days in LA.

1964:  Dick Allen and Tony Oliva.  Many baseball pundits believe both players should be in the Hall of Fame but have never garnered much support based on their vote totals. Allen posted a 1.023 OPS in 1972, which was dominated by starting pitching. Wow! Oliva played his entire but brief career with the Minnesota Twins, winning three batting titles, including in 1964 as a rookie and again in 1965.

So there you have it. Some terrific players started their careers out with a bang, and while the 2013 Rookie of the Year class may shape up to be one of the best ever, we’ll reserve judgment and biased opinions for future water cooler discussions.

Next time the Dodgers are in Miami, José Fernandez should take Puig out for a night on the town. He's already taken him out of the Dodger offense! Then they can debate over dinner just who this year's top rook is going to be.