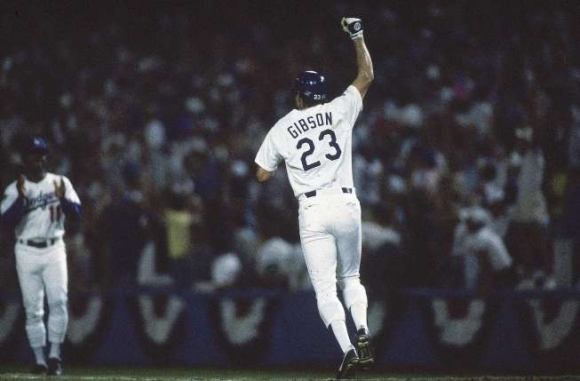 Most recently, this involved the inevitable dismissal of former Dodgers hero Kirk Gibson as manager of the club with three games left in the 2014 season.

If you recall, Gibson won Game 1 of the 1988 World Series against LaRussa’s Oakland Athletics with the now-legendary, ninth-inning, pinch-hit two-run homer.

The Dodgers eventually took the series in five games, which is when the diabolical LaRussa apparently began plotting for retribution.

Patience is most certainly a virtue, and LaRussa seems to be blessed with an overabundance. He bided his time for several decades, waiting for an opportunity to present itself.

After a wildly successful managerial career predicated on winning at a nauseatingly consistent rate, LaRussa accepted an executive position with Arizona in May, placing Gibson squarely in the crosshairs. Just as he hobbled around the bases so long ago, the gritty 1988 National League MVP was destined to stagger away from the dugout in Arizona after the arrival of LaRussa. It was just a question of when.

Of course, the Diamondbacks were particularly miserable this season, finishing an MLB worse 64-98, so a housecleaning was not an unreasonable response. LaRussa was bound to make some changes, and the Diamondback’s inability to play baseball competently seems to have accelerated the process.

LaRussa was not alone in his vengeful duplicity, as former A’s pitcher Dave Stewart was brought aboard as the Diamondbacks' new general manager shortly before the firing of Gibson. It is difficult to say for certain how many former members of the Oakland organization are involved, but it's clear that the plot to destroy Kirk Gibson was massive and multi-faceted, displaying both the genius and madness of Tony LaRussa.