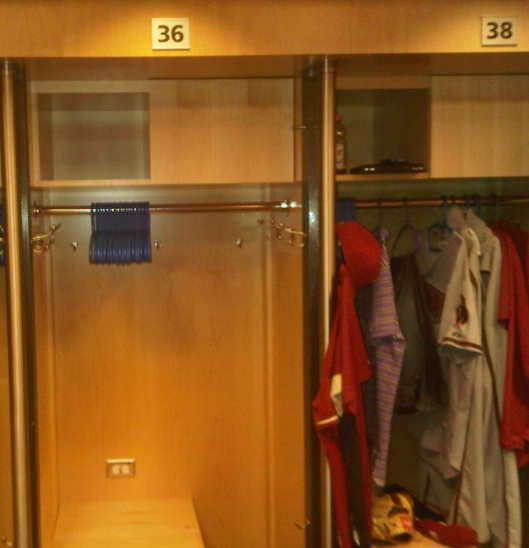 There's no way all 30 MLB teams are set at shortstop.

It's one of the most vital positions on the field, so important that many teams feel a shortstop who can hit is a bonus.

And yet, deep into spring training, Stephen Drew is available.

He's a quality glove who played a key role with his bat in Game 6 to wrap up the 2013 World Series for Boston:

Drew is working out on his own somewhere, waiting for his agent to say someone has finally bit the bullet and offered him a contract. The same can be said for accomplished designated hitter Kendrys Morales and inning-eating right-hander Ervin Santana.

This what it's like to play Russian roulette with MLB's qualifying offer system and lose.

Milwaukee Brewers starter Kyle Lohse came out in sympathy for these dudes today. Speaking from experience, Lohse echoed the sentiments of a growing number of voices who believe the system is too harsh. Lohse got a break last spring when the Brews realized they needed a pitcher of his caliber just to avoid being mentioned in the same breath as the Houston Astros.

Qualifying offers became part of baseball's terminology with the current collective bargaining agreement between players and owners. It was not imposed by either side; it was a mutual agreement. Here are its key points:

It's the last point that is causing consternation. The signing team loses its highest pick to the ages, unless it's one of the top ten; in that case, it will lose it's second-highest pick. The player's original team receives a compensation pick, which comes between the first and second rounds. That can be a sweet deal. As an example, it's how the St Louis Cardinals got Michael Wacha after Albert Pujols signed with the Angels. They must still be pinching themselves.

Now, losing that draft pick isn't exactly blackmail. 10 of 13 players who received qualifying offers were signed this past winter. And what with the Cardinals' recent success of building perennial contenders through the draft being the trend du jour, more teams are loath to surrender a high pick.

The qualifying offer calculation this off-season came to $14.1million, so don't shed tears for Drew, Morales, and Santana for rejecting that sort of dosh. Still, players must survive in the majors for six years before they can become free agents, and whether clubs want to admit it or not, they're awash in cash and their valuations keep rising. Salary arbitration can be lucrative, but free agency is a player's first opportunity to take a bite of the cherry.

So Drew has gone from World Series to what-in-the-world in a matter of months. Morales and Santana may look to Japan or elsewhere. And all three must now be wondering how well that qualifying offer would look in their nest-egg portfolio.