Time to Call Up the Farm? 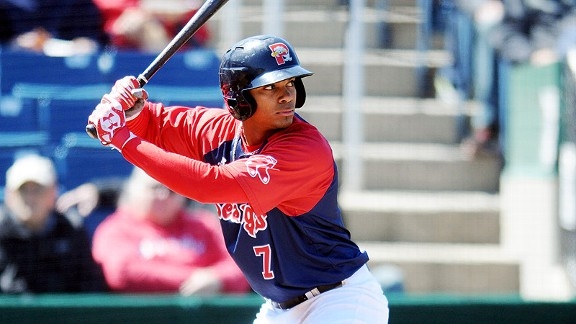 You have to start wondering what will happen to Xander Bogaerts.

Bogaerts has long been toted as the Boston Red Sox’s best prospect, much higher than José Iglesias, even. With Iglesias gone to Detroit, chances are the Sox will call Xander up. Right?

Well, it’s not so simple.

At 6-3 and 185 pounds, Bogaerts isn’t exactly the quintessential shortstop. Rather, he fits in better as a first baseman or an outfielder. Instead, the big righty has slid right into the logjam at shortstop and even has a few innings at third base under his belt. Between AA and AAA, Bogarets has hit .298 so far in 2013 along with 14 homers and 64 RBI’s in 110 games. He has played a majority of his innings at short but has a handful at third; still, his future is in the six hole, according to John Farrell.

"We still see him as a shortstop," Farrell said. "If something were to happen unforeseen, where we've got to call him up at third, he's the next bat. He's the next infield bat to come to us. We've got to be sure he's had repetitions at both positions."

Farrell does not seem to give any explicit answer on the subject, but it does seem that a decision will be made after Middlebrooks gets a good sample size of at bats.

"I don't know that it's age-related” Farrell continued. “It's a matter of who's the best fit right now for the needs we have to be an everyday third baseman. That was a clear choice. Not only because Middlebrooks [has] been a third baseman his entire pro career, but what he's been doing lately."

Either way, it will be interesting to see what happens.

Should Bogaerts be called up, there is no doubt he will help the club as his electric bat and youth could fuel the Red Sox since they have been staggering of late. Only time will tell, though, as the clock keeps ticking down toward the end of the season. 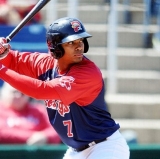 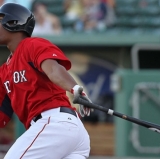