Time for the Reds to Review Baseball's Finer Points 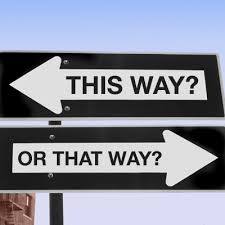 The Cincinnati Reds must envy the Bengals. Football's rules are simpler. Under further review to the point of madness, maybe, but simpler.

In contrast, the official MLB rule book has 282 pages, and it's becoming clear that's too many for manager Bryan Price's crew.

Take their wacky walkoff loss to the Arizona Diamondbacks earlier this month.

There was so much wrong with that play. Frankly, the umpires were bailed out by that security guard touching the ball. Not sure if they were on top of all the possibilities. Because, if Reds CF Billy Hamilton had simply fielded it on the off-chance Arizona would start celebrating too early, Price might have had an argument.

The blues did cite Rule 5.08(b) in the 2015 edition, but there's a qualifier as to why. Here's the pertinent passage:

Now, for the qualifier.

Time to venture back into baseball's annals and review one of the game's most infamous moments. Keith Olbermann did the honors in 2013:

The fundamental point ever since has been that a run cannot score if a force play ends an inning. Rule 5.08(b) muddies that tenet.

So, here's what the Reds should have done to keep the game going:

Voilà! A force-force double play. Run doesn't count. That's in the rule book, too. Might've had a case.

Well, it would've been. After all, what else was on Hamilton's schedule immediately afterward? Lotsa warm water in an MLB shower, and it's not like he had to catch a plane. Finish the damn play!

Time now for one of life's little truisms:

When do airline personnel check every little detail of their operations? For weeks, right after the crash.

Come to think of it, maybe the Malaysian Air honchos have something in common with Bryan Price. He didn't learn his lesson, either.

He and his staff clearly took Jason Bourgeois' baseball acumen for granted:

Now Riggleman talks to him!

Fred Merkle woulda stayed on third. And Yogi Berra woulda known that it's never over 'til it's over.