Tigers, Twins Attempt to Keep Up with Hockey Players 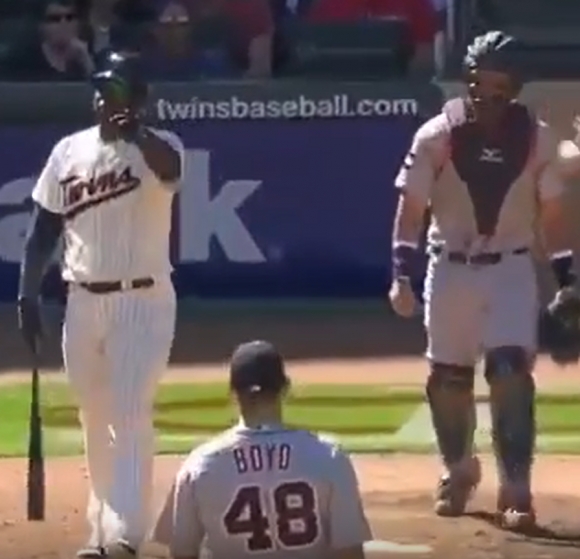 In baseball, the object of the game is to go home.
-- George Carlin

In the process, pitchers hurl a hardball towards the opposition at speeds in excess of 90mph.

A key difference, though, is that hockey players often try to get in harm's way.

Especially in the Stanley Cup playoffs, players expect each other to give their bodies up for meat.

In baseball, players expect each other to get out of the way.

And sometimes, they don't.

The question in those occurrences often comes down to whether or not it was intentional.

Here's how baseball players inquire about such things. In this case, two inning later:

That fastball to JaCoby Jones's chops on Saturday opened up his lip to the tune of nine stitches and moved him to the DL. It clearly opened up the intent of that pitch to conjecture.

Miguel Sanó was of the opinion he didn't throw that pitch and didn't take kindly to Matt Boyd's drive-by. The smartest thing James McCann did was keep his mask on.

For the record, Detroit put enough bats on pitches on or near the strike zone to win, 5-4.

Sorta like the Red Wings did against the Minnesota Wild a couple of years ago.

Incidentally, that game had no fights, lotsa blocks, but no injuries.