Published on 1-Sep-2017 by Alan Adamsson 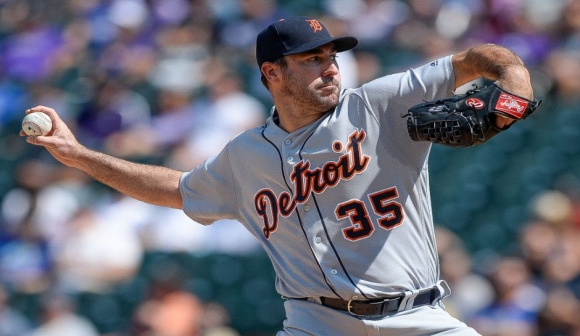 With the tragically historic week Houston's endured, a baseball trade seems like a mere blip on a devastating radar screen.

But the city sees inspiration and mental relief in their Astros that the mayor actually requested that they return from exile in Tampa Bay, where they'd moved their home series against the Texas Rangers.

Now, the 'Stros are bringing an extra bit of excitement with them.

It'll take a few seasons to know for certain, but this deal has a chance to complete a baseball version of the Circle of Life:

- In 1987, the Tigers needed to bolster their rotation for a run at the World Series.

- In 1998, the Astros needed to bolster their rotation to take a second straight shot at the post-season.

Now, Detroit's gotta hope one of the three prospects they received for Verlander will pan out.

Sizzling since April, the 'Stros hit a mediocre patch in August, going 11-17.

In contrast, Verlander went vintage, going 4-1 with a 2.36 earnie, accompanied by 50 punchies against only 7 walks in 42 innings.

This could be a win-win. Detroit can afford to wait for their prospect haul to mature, and if one of them enjoys a long MLB career, they'll finally be even on the Alexander trade.

It's where Verlander needs to be. This could be his last rodeo, and if so, he's come to a city where they know a thing or two about them.