Published on 1-Oct-2017 by Alan Adamsson 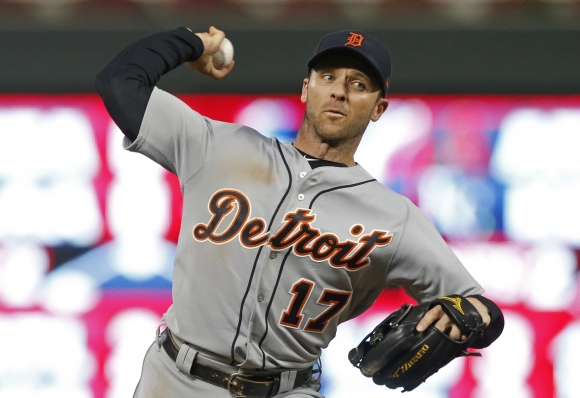 It's been thin times for the Detroit Tigers this season.

No one expected 2016 to be a dry well, and when it came up this dusty, there wasn't much else for management to do but start over.

First, the stars were shipped out, including Tiger icon Justin Verlander.

If that wasn't dire enought, GM Al Avila even traded his own kid.

Manager Brad Ausmus was then told he wouldn't be coming back in 2018, but have fun managing for the rest of this year.

Like telling light-hitting, decent-fielding utility vet Andrew Romine it was time to make a bit of baseball history.

One Minnesota Twins sportswriter didn't exactly share the feeling. At the time, they were in a playoff race.

However, they ultimately sealed their deal, so maybe now that media dude can reflect on their role more fondly.

OK, then, maybe not.

Incidentally, that wasn't the first time Romine had pitched in his MLB career. He'd been called for mop-up duty twice before, yielding three earnies in an inning for Detroit in 2014 and lucking out in 2016 by surrendering none in two-thirds after walking two.

So this one-batter outing dropped his ERA to a mere 10.13, confirming once and for all, he's a utility man. Unless he loses a bet to Tim Wakefield or something.

No matter what, though, Romine has now had immortality bestowed upon him.

He'll be forever part of an answer in seamhead trivia challenges.

For a journeyman, what could be a better testament to a career well-checkered than that?