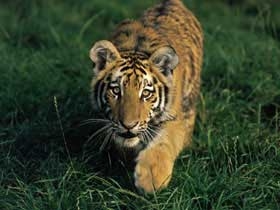 The Detroit Tigers look to go 3-for-3 in their four-game series with the Chicago White Sox tonight.

It seems the AL Central's first-place team has a very good chance to do so.

The Tigers face lefty John Danks, and Detroit is among the best in the majors when facing southpaws. They're carrying a .262 team batting average against them, which is good for third-best in the American League.

That's just the beginning of a mountain of factors piled up against Danks.

You can see in the Bovada data tool on our Home page that, first of all, in his last three starts against Detroit, he's 0-2 with and ERA of over 14.00, and yes, the decimal point is in the right place. Plus, he can't be filled with confidence after his last outing, where he surrendered five runs over seven innings in a White Sox loss to the Braves, 6-4, last Friday. In Danks's last outing against the Tigers, Prince Fielder picked up three hits earlier this season; Austin Jackson is also a .400 hitter lifetime against the southpaw in 25 career at bats.

Detroit gives the ball to Anibal Sanchez tonight. He's been, very quietly, a steady component to the Tigers' staff. Sanchez is 7-7 on the season with and very nice ERA of 2.85. He's coming off a solid performance against Kansas City last week where he tossed six strong innings in a 1-0 loss.

Sanchez won't get help from Miguel Cabrera tonight, as the slugger third-sacker is still sitting out with a hip flexor aggravated Monday. But not to worry, the match-up strongly favors the Tigers, more so than the money line indicates.