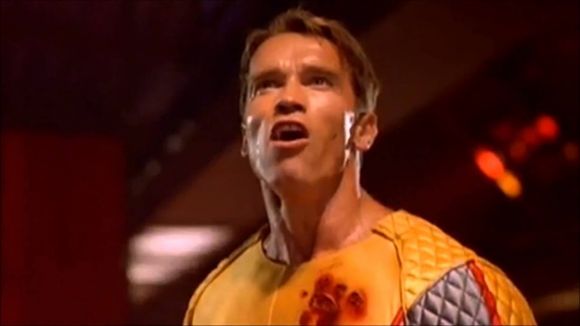 Fans running onto the field during sporting events is the gift that keeps on giving the whole year.

Of course, security personnel and indignant broadcasters don't seem to enjoy the behavior, but the rest of us are all in.

The Texas Rangers visited Oakland a few nights back and got spanked something fierce by the home team.

Perhaps it was the adrenaline rush of that seven-run A's first inning, but one fan decided to get involved.

Well, he inserted himself into the lineup with a very unusual double switch, albeit briefly.

And never mind that dude was probably captured shortly thereafter.

His cult status is secured.

This limber fan probably got plenty of work in during Spring Training, so his streaking game would be crisp come September.

Perhaps the A's could turn this into some sort of post-apocalyptic survival gauntlet to draw more fans.

The future is grim.