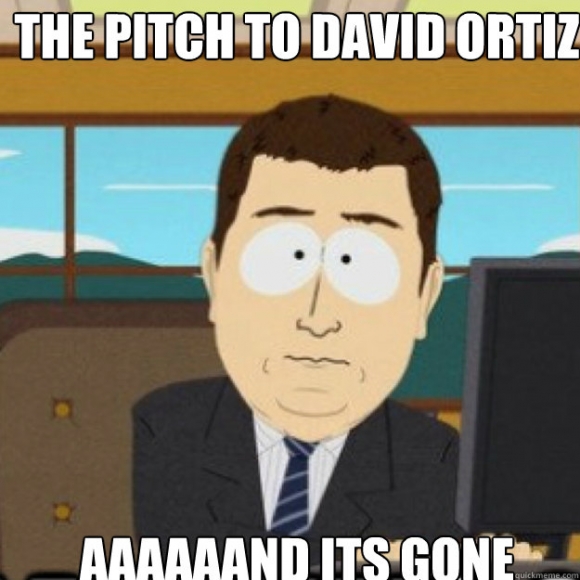 Professional sports franchises can often be defined by their star player.

One man who won't let you forget about him, or his team, is David Ortiz of the Boston Red Sox.

Big Papi may not even be human, possibly a descendant of the baseball gods who have etched his legacy into Major League Baseball's history.

Not to mention, his personality has warmed the hearts of baseball fans everywhere.

Watching Ortiz, I imagine how it felt to see Beethoven in concert.

Dude makes the game so appealing because of his complete offensive dominance.

Let's not kid ourselves here; seamheads love to see the ball crushed. Ortiz gives them that and more, with 525 home runs as of today and still going strong in his final campaign.

What makes Papi's season special is not only the fact that he's 40 years old, but that this is his final year.

The Red Sox are currently third in the American League West. If the season ended today, Papi's Sox would make it into the 2016 playoffs as the secnd AL Wild Card team.

Ortiz is still posting numbers as if he were 10 years younger and in the prime of his career. At the near-halfway point of the season, dude has 21 home runs with 70 runs batted in while hitting .337. Those are MVP-like numbers.

As I said, Ortiz may be a direct descendant from the baseball gods.

Still, there's this argument: "How can you say he's an MVP if he doesn't even play a true position on the field?"

There are few players in the game today who are as important to their team's success. His ability to lead in the clubhouse, be a force offensively, and still maintain that team-defining personality has kept Big Papi at the MLB's epicenter for years.

Even after the championship teams of 2004, 2007, and 2013 have dispersed, Ortiz has remained the focus of the Red Sox organization.

It's hard to come up with a case for Big Papi to not be inducted into the MLB Hall of Fame when it's all said and done. I'm more concerned with how upset fans would be if he weren't a first-ballot inductee.

That's elite company, and only one isn't in the Hall of Fame. 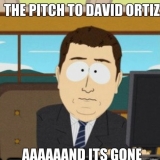 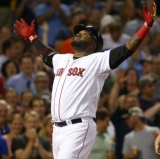