There's No Relief in Sight 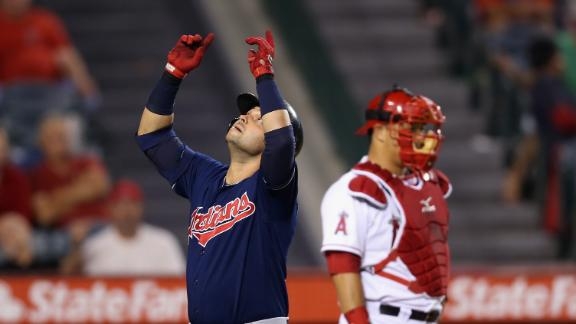 After just missing on the Angels last night, we're going back to the "Big A" for a big "play" on today's total in their game with the Indians.

The two teams battled -- with pitchers motly winning the war -- to a 4-1 Indians win in 14 frames Tuesday.

Speaking of 14, that's how many relief pitchers were used in the contest, with Cleveland's pen outlasting the Angels.

I was sweating the game out in Vegas and saw the TV camera catching a shot of the Indians' bullpen late in the game. It was empty. And in fine prognosticating form I started building a case why today's game could easily go over Bovada's total of 8.

Take a look at the Bovada data tool on the Home page and notice that last night's mini-marathon has contributed to the two bullpens tossing a combined 28 innings over their last three games, now. Yes, they were both effective last night, but both managers are already talking about needing their starters to soak up innings today.

That's especialy troubling for the Angels, in light of Jerome Williams' struggles.

The righty is 5-9 with an ERA of 4.90 on the season and is even worse in his last 11 starts; he's 0-7 with an earned run average a little over 7.00. Not the kind of numbers that could make you feel comfy playing the under here, especially with little help in the pen behind him.

The Indians will send Justin Masterson to the mound, and until lately, that could have helped make a case for the under. However, Masterson (13-9; 3.59 ERA) is 0-2 with a 5.68 ERA over his last three starts. Those struggles, coupled with that image of an empty Indians pen, are sending me to the window today and firing a bold play on the over.

Looks like Mike Trout will return to the lineup for the Angels, which should only help matters. He sat out last night's game, but the word is he should be just fine to return today after experiencing tighness in his hamstring. Trout has reached base in 40 straight games played.

On the Cleveland side, Carlos Santana appears to be heating up, he's 4 for his last 11 and he had one of two Indian homers last night.

Both managers will have to pick their poison here, either sticking with struggling pitchers or relying on bullpens running on fumes. Either scenario seems to paint a great picture for plenty of runs, making the over today's winning play.