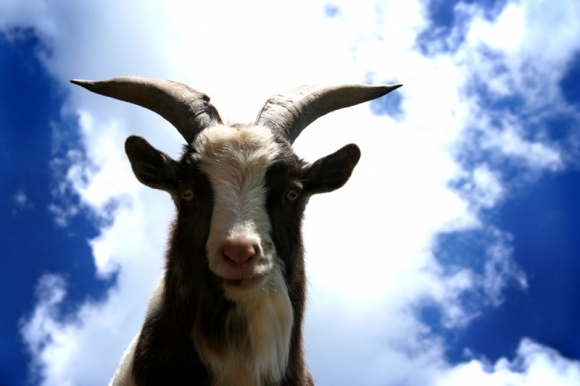 It's still a surreal concept to process.

Of course, many curses -- both real and imagined -- had to be purged in order to make this a reality.

One of the more prominent and media friendly of these was the Curse of the Billy Goat.

While the Cubs may have ended that curse on the field in Cleveland, Theo Epstein and the gang provided the symbolism in the form of a meal.

They ate a goat.

That was no doubt satisfying nosh.

And enjoyed in the bleachers at Wrigley Field.

Epstein is currently being treated as some sort of deity in Chicago.

The silencer of all droughts has assembled quite the juggernaut on the North Side, and this combination of youth and talent has opened a pretty large future title window in Chicago.

Dude is probably sluggish from all that goat meat, but he'd probably agree with this sentiment.

It appears the goat has satiated the Cubs front office. At least for the moment.