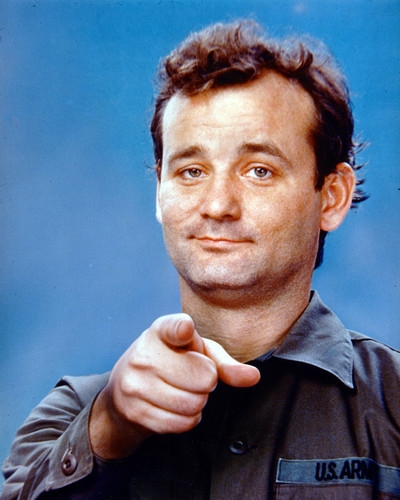 Celebrities are people, too, and even enjoy such trite activities as following organized sports.

Thanks to the vigilant camera work of Fox, television viewers have been treated to a virtual parade of somebody sightings at the 2016 World Series.

The Chicago Cubs have always enjoyed a universal following. There are a number of reasons for this -- including cable television and futility branding -- but many celebrities, particularly those native to Chicago, actually are huge fans.

Of course, there's a difference between simply showing up at a World Series game and being a hardcore fan, and it's usually pretty easy to identify these differences.

Genius in the flesh.

Is that Eddie Vedder?

The cool thing about these celebrities is that they're indeed true fans. They've suffered along with the legions of Cubbie loyalists for eons upon eons.

This loyalty may just be rewarded in the form of that elusive World Series championship.

That is genuine, uninhibited joy, dudes and dudettes.

It bears mentioning that there was some unfortunate celebrity trolling at Wrigley Field over the weekend, too.

It's what Cardinal fans do, early and often.

However, he did give us Mad Men and quality bathroom ham, so give the dude a pass.