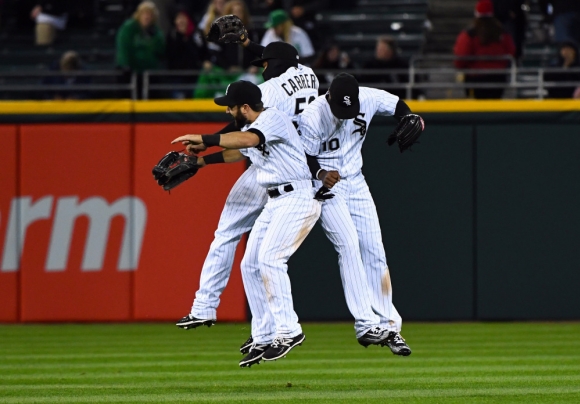 That's why it's damn near a promo when we hear that if we go to the ballpark on any given day, we might see something that's never been seen before.

Well, that was the case on Fri 22 Apr when the Chicago White Sox complete a triple-play sequence that was an MLB first:

It's on tap, but first, a word from their sponsor:

Two trips in one season.

What's more, none of those are a season's record. In 1979, both the Red Sox and Athletics snapped off three of them.

So, for now, we'll have to look elsewhere for something we haven't seen before.