The Warner Brothers Frog Could Learn from Randy Arozarena

Published on 9-Oct-2021 by Alan Adamsson 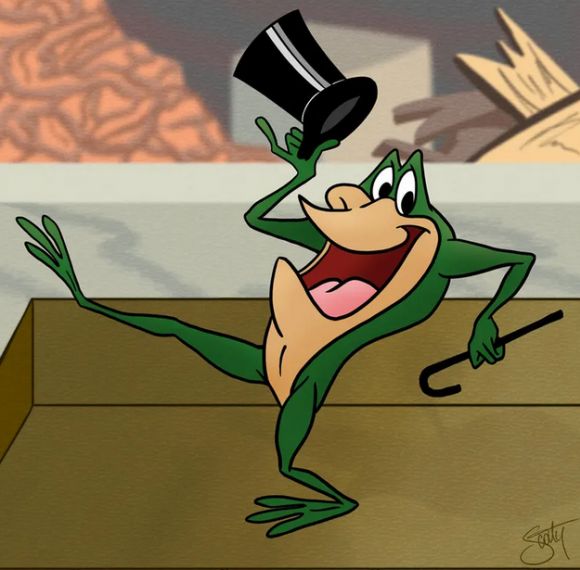 Eyebrows were raised back in January 2020 when the St Louis Cardinals swapped a couple of players and a draft pick to Tampa Bay for elite southpaw Matthew Liberatore.

Not because St Louis had the balls to engineer a trade with the shrewdest front office in baseball.

Not even because the Rays agreed to part with Liberatore, because they've always got the next hot pitching prospect primed to step up when the big club needs one to be MLB-ready.

When the deal was first announced, it was called the José Martínez trade, because the Rays were seeking a right-handed DH possibility, and the Cardinals' defensively-challenged hitting machine was an obvious candidate.

But Tampa Bay valued Liberatore more than that, and it ultimately dawned on the baseball world that they'd done their research on a dude generally considered to be an afterthought toss-in.

After all, Randy Arozarena was the odd man out on what the Cardinals considered to be their outfield of the future. In hindsight, how can anyone argue their assessment when ...

So when the Rays asked for his inclusion in the trade, the only value judgment made in St Louis's front office was which fourth OF would they prefer, Arozarena or Lane Thomas?

Even though the Cardinals deny it, after Arozarena's phone captured skipper Mike Shildt's NLDS-clinching clubhouse speech that rained f-bombs in all their glory and he posted it on social media, dude wasn't exactly flavor of the month in the team's front office.

He wasn't a Cardinal for much longer, either. Kinda like Tommy Pham wasn't after criticizing the organization for continually passing him over for a spot on the big club until he finally got his shot and made good.

As far as the Rays are concerned with their acquisition of Arozarena, so far so good.

Dude turned in a decent performance during the abbreviated 2020 season before saving his best for center stage. This Cuban refugee absolutely lit it up in the post-season.

And now we know. Arozarena's not a one-hit wonder like say, The Knack.

All dude's gotta do is get to October, and special happens.

Baseball's the king of red-headed stepchild stats, and Arozarena created an entirely new category in the ALDS Game 1 against the Boston Red Sox by being the first player in the history of human evolution to:

A baserunner's rule of thumb at 3B is to take a lead that's one step closer to the bag than the defender's position is. In this instance, because of the shift, Arozarena was damn near at the end of a runway.

All told, dude accounted for four of the Rays' runs -- scoring three and driving himself home with the dinger -- in their 5-0 triumph.

Dude's the opposite of that famed Warner Brothers Frog, the one that only does amazing things when nobody's looking:

Not many thrive when the kliegs go on, and even fewer can justify it when the hype gets turned up to 11.

Arozarena's now been a happening dude for two post-seasons, and he's giving reason to believe he could well be must-see baseball for more than a while, wherever he goes. These are the Rays, after all, and their roster door keeps revolving.

And because of it, this may be the only thing Arozarena will ever have in common with that frog.