The Tragedy of Tony Gwynn: Chew Did Him In 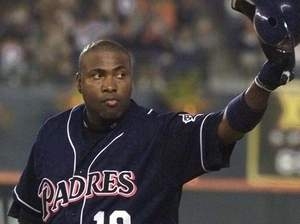 The term superstar gets tossed around like a scuffed-up baseball anymore.

It was originally coined to describe someone whose talent and recognition was such that the fame was universal. It's a stratosphere for the likes of Babe Ruth, Bronko Nagurski, Wayne Gretzky, and Michael Jordan.

Tony Gwynn was not a superstar.

But he was a master craftsman in his sport. A legitimate Hall of Famer as one of the best hitters who ever lived. And he will be missed.

For him to go out because of a totally avoidable cancer is devastating.

There will be the usual outcry for smokeless tobacco to be banned, but that's not practical. How can a legal product be banned? For that matter, history has proven it's fruitless to even ban illegal products. They just become more desirable as symbols of defiance if nothing else.

The only real solution is making educated decisions.