The Story of Evan Gattis, aka El Oso Blanco 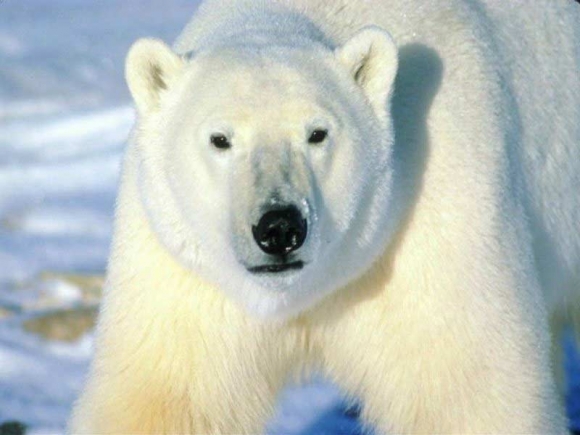 Evan Gattis walked into the Atlanta Braves spring training this year with few expectations of him.

He had shown some promise as a minor league catcher, but with only one year of minor league experience, Gattis couldn't be expected to do much. Manager Freddie Gonzales likely hoped to see some flashes of major-league talent from the catcher but asking for anything more would just be unfair.

So you can imagine Braves hurler Eric O'Flaherty's surprise when Evan Gattis began cranking out bomb after bomb off the left-handed reliever. O'Flaherty carried a 0.98 ERA in 2012, and all of the sudden, some minor-league catcher he's never heard of is crushing every one of his pitches.

In a quote from David O'Brien's article, O'Flaherty voiced his surprise:

“Normally guys are late on your heater this time of year, but he was turning on it, pulling it,” O’Flaherty said. “He hit a deep foul, took a couple deep to left field and I was like, who IS this guy” A lot of guys come in taking pitches and feeling their way; he swung at everything I threw and just crushed it.”

Gattis would eventually win a spot on the team and hasn't stopped crushing home runs since. A little over a month into the season, Gattis has 7 home runs and 19 RBI.

But let's back up a few steps and find out how he got here, because if you haven't heard the story, it's worth a read.

According to his mother, baseball was always Evan Gattis's escape. His parents divorced when he was only eight years old, and he turned to baseball to keep his mind off of his deteriorating family situation.

He was taller, stronger, and bigger than all other kids at his age, and that often led to him being excluded from playing with his own age group. His mother says he put a lot of pressure on himself to succeed in baseball.

As Gattis got into high school ball, he quickly became noticed, and by his senior year in 2004, he was a prized recruit expected to be drafted into the majors straight out of high school. He was playing year-round ball on numerous traveling teams based out of Dallas. He was even playing for the USA Junior Olympic team. His teammates at the time included young up-and-comers Clayton Kershaw, Billy Butler, and current teammate Justin Upton.

Despite assurances he'd be drafted to the majors, Gattis decided he wanted to attend college. He was heavily recruited and even had an offer to play with then defending national champion Rice, but he ultimately decided to attend Texas A&M.

However, he would never play a single inning for Texas A&M. During his senior year of high school, he began abusing alcohol and marijuana, brought on by the pressure of his parents' failed marriage and the pressure he put on himself to achieve.

On his mother's insistence, Gattis checked himself into a rehab facility to help with his abuse of drugs as well as his depression. Afterwards, he then spent three months in a halfway house.

Believing things had improved, Gattis signed on to play at Seminole State Junior College, but after a single year where he took a medical redshirt, Evan Gattis dropped out of baseball completely.

Next, he set out on his journey to find something ... anything that could make him happy. He began traveling the country working odd jobs, moving from state to state and smoking pot, with no real plan or motivation to do anything at all.

Over the next four years, Gattis would work as a ski lift operator, a janitor, a housekeeper, a machinery operator, a golf cart attendant, and a car valet in numerous states. He spent time speaking with psychiatrists and ended up in a psych ward at one point.

According to his father's quote in the USA Today article:

"I drove up there, and he was in the psychiatric ward. He looked bad," says Jo Gattis, 51, a purchasing agent for a Dallas packaging company. "I talked to the doctors, and I was relieved when they said he didn't have drug problems. It was anger and depression issues. He had a lot of anger and anxiety toward me and his mom.”

In the same article, Gattis talked about that time period in his life, saying:

"I was in a mental hospital," he tells USA Today Sports. "I couldn't sleep for an entire week, and I knew something was wrong with me. So I got admitted. I was so depressed, all I could think about was killing myself.

He would check in with his family every few months to let them know he was still doing okay, but it wasn't until he sought out various spiritual advisors that his life really took a turn for the better.

Thinking about that time period, Gattis finally hit a turning point, as he told USA Today

“I was just done looking for whatever it was I was looking for. I was done with it. It cleared up in kind of a final way where, without a shadow of a doubt, I just knew I didn’t have to do that anymore.”

It was then that he decided he would attempt a return to baseball. So in 2012, Evan Gattis attended the University of Texas-Permian Basin, where he could play with his stepbrother who was pitching there at the time. He spent one season at UTPB, absolutely crushing the ball, finishing with 11 home runs and a .403 average

Gattis was then drafted by the Atlanta Braves in the 23rd round, but he failed to make the team. He came in overweight at 270 pounds on his 6-foot-4 frame. He was told by the Braves he needed to lose some weight and be in great shape to be considered for a MLB roster.

He didn't even play in the minors that year, as he had to spend time in Venezuela playing ball where he gained the nickname 'El Oso Blanco' (the White Bear).

Gattis came back the next spring in fantastic shape. Although he hit well, he failed to make the team at the start of the season but was assigned to play single A. All he did there was hit .386, slug 22 home runs, and amass 71 RBI with a .601 slugging percentage.

With that campaign of minor league ball under his belt, Evan Gattis walked into spring training this year with few expectations of him. But in spring ball, he crushed it, warranting a spot on the team, and with the first-line Braves catcher -- Brian McCann -- hurt, the spot was given to Evan Gattis.

And all he's done since is crush the ball, like he's always done.