The Shot Dude: Welcome Back 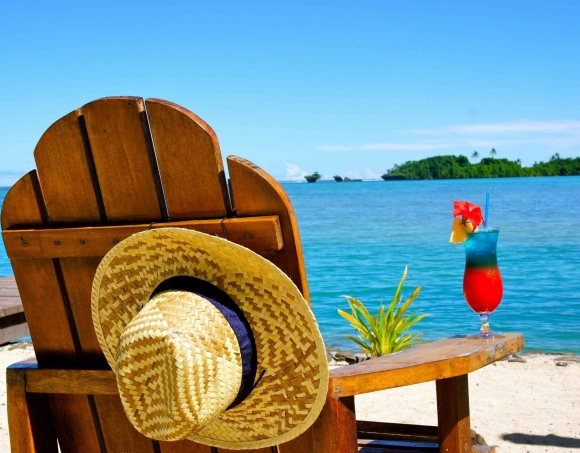 A vacation can be a relaxing, enjoyable time.

Your favorite Shot Dude has no comment on his recent vaycay, other than a welcome back to fantasy MLB.

With some daytime action and a possible rainout, I'm zeroing in on six evening games. I've found a few great player ideas for you to build your winning fantasy squad around.

As a reminder, I'm writing based on the projected MLB lineups, so check the actual starters closer to game time to make sure your dudes are included. You can view all of today's matchups with the help of the Bovada data tool located on our Home page: The fine staff at FanDuel have multiple game sets most days. Don't forget to check them out if you're an early riser.

Nathan Karns, Seattle ($8200) ... had a rough outing in his last start in Texas, but so does almost every hurler in that hitter-friendly park. I see a nice bounce-back performance tonight for Karns pitching at home against the free-swinging Rangers. After all, dude's had 25 or more fantasy points in 7 of the 9 games he pitched before facing Texas.

What the hell. Let's roll with it.

Brian McCann, New York Yankees ($3000) ... is currently batting just .222, but has had two double-digit fantasy point games in this series against the Angels. McCann just had a day off on Tue 7 Jun, so I'll be surprised if he sits again tonight. Dude's hit 8 homers and has walked 20 times so far this season.

Justin Smoak, Toronto ($3000) ... hit a long home run yesterday and ended it with almost 30 fantasy points. I think he keeps the fantasy goodness going in tonight's series opener against Baltimore. The Jays get to face the O's Tyler Wilson, who struggled in his last outing and only lasted four innings against the Yankees.

Brian Dozier, Minnesota ($3500) ... has really been scalding the baseball. Dude followed up his walk-off two-run homer on Tue 7 Jun with a three-hit day yesterday. I'm all about striking while the iron is hot and the fantasy scores are up!

Jhonny Peralta, St Louis ($2200) ... is at almost a minimum salary, but that won't last much past this week. Peralta has at least one hit in each of his four games since returning from injury and had 35 fantasy points yesterday. Dude's collected 1 homer, 2 doubles, and driven in 5 with his first 9 at bats.

Eduardo Núñez, Minnesota ($3700) ... keeps making the most of batting leadoff for the Twins. Dude's racked up 14 hits in his last 10 games and is now batting .328. That's league-leader territory, and Núñez will be home to face a very average pitcher in Tom Koehler and the Marlins tonight.

Michael Saunders, Toronto ($3300) ... has slammed three doubles and a triple among the seven hits in his last seven contests and is now hitting a healthy .290. As you know, extra-base hits lead to big points on FanDuel, and Saunders should be back in the clean-up spot for the Jays tonight.

Steven Piscotty, St Louis ($3800) ... is the main offensive reason the Cards are right in the thick of the wildcard conversation in the National League. Dude's not only batting .312 but has driven in 34, scored 38 times, and walked 22 times. Piscotty gets to face lefty Brandon Finnegan, who's walked 10 and only struck out 8 in his last 3 outings combined.

Jose Bautista, Toronto ($4300) ... is one of the highest -rojected outfielders on tonight's slate and is coming off a game against Detroit in which he swatted two doubles. Dude's batting average may not sway you, but his 12 homers, 39 RBI, 36 runs, and 45 walks on the season certainly should!

Your favorite Shot Dude hopes tonight is more memorable than my vacation and you wind up on the winning end.

Never keep your feelings bottled up inside, and always give it your shot!