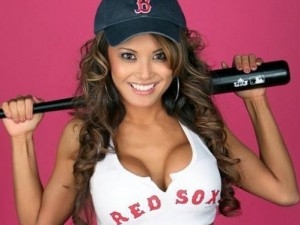 It must be the weekend, and there must be a full slate of MLB games to enjoy.

The Bovada data tool on our Home page is the place to go for a preview of today's matchups:

There's always a party atmosphere at FanDuel. You can win money and make some friends along the way.

Here are the fantasy players your favorite Shot Dude is recommending from the six evening games:

Jeff Samardzija, San Francisco ($10000) ... is in a great spot at home for a bounceback pitching performance against the Dodgers. Dude's last outing was a dud against St Louis, but he's used to seeing these Dodger hitters and has struck out 68 in 74 innings of work. Samardzija's ERA is a low 3.33, and I think he'll get enough run support from his teammates facing aging lefty Scott Kazmir.

Bryan Holaday, Texas ($2300) ... has been one of the best hitting catchers this month in all of MLB. With 12 hits, 9 RBI and 8 runs scored in his last 10 games, Holaday has helped the Rangers stay in first place and win 7 of their last 10 games. He comes with a very affordable price too!

Justin Bour, Miami ($2800) ... has hits in three straight games, including a pinch-hit grand slam to clinch a win for Miami in Arizona last night. I think the Marlins will enjoy hitting in Chase Field again tonight against righty Zachary Godley, a pitcher who was just called up after compiling a 4-5 record in AA this season.

Robinson Canó, Seattle ($3900) ... has been mashing lately with 13 hits and 11 runs scored in his last 10 games. Dude's not lacking in the power department, either, as he's among the league leaders with 18 homers and 50 RBI. I like Canó and a few more Mariners at home facing Texas righty Colby Lewis.

Adeiny Hechavarria, Miami ($2400) ... has had a fantasy score of 9.2 or higher in 5 of his last 8 games because his bat has come back to life. Don't ever be afraid to take a chance on a low-dollar player on the highest projected scoring team like the Marlins are on tonight's slate.

Nelson Cruz, Seattle ($3700) ... was supposed to have a down year? Oh yeah, says who? Dude's off to a rip-roaring start with 15 long balls, 43 RBI, and is batting .287. I thinking he enjoys hitting clean-up for Mariners, the team that's now just three games behind the Rangers for first place in the American League West.

Marcell Ozuna, Miami ($3600) ... is hard not to love after tallying 9 hits in his last 20 at bats. Dude's dialed in and hitting cleanup against a rookie pitcher tonight. You could also use Christain Yelich, who is just as hot but a bit more expensive. In fact, I wouldn't blame anyone for using the complete set of Miami outfielders tonight.

Giancarlo Stanton, Miami ($3000) ... has to break out and go on a major power tear soon, right? Dude's more due than a 31-day rabbit! Stanton doubled and scored last night, but I have a feeling he goes yard in Arizona's hitter-friendly park tonight.

Your favorite Shot Dude hopes you have a ball at this weekend party, and bring home some extra fantasy game winnings.

Make sure you crack a car window for your pet, and always give it your best shot!