The Shot Dude: The Great, the Sad, and the Ugly 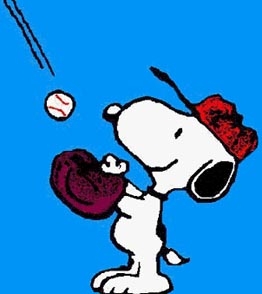 This has been quite a week for some major sports happenings!

Now that we're all caught up, your favorite Shot Dude has some MLB knowledge to help you construct a dynamite fantasy squad.

With 14 games on the evening slate, there is plenty to choose from. You can narrow down the choices with the help of the trusted Bovada data tool on our Home page: FanDuel is never sad or ugly. They're a constant reminder that great fantasy games are just a click away. Include some of these players on your roster if it suits you:

Rich Hill, Oakland ($7400) ... is the perfect cross between value and pitching at home in a great pitchers' park today. I'm letting everyone else take the high-priced starters while I save salary for some hitting studs. Hill struck out 10 Mariners in his last start in Seattle.

Brian McCann, New York Yankees ($3600) ... is on a six-game hitting streak and has 10 hits in 22 at bats to begin the season. He'll most likely hit fifth at home against Nate Karns, who scares no one. Dude's my top catcher of the night.

David Ortiz, Boston ($4000) ... has 3 homers and 9 RBI in 7 games so far. Big Papi will face RA Dickey tonight and has gone deep on him three times in his career already. I love the lefty-righty matchup, and Ortiz should be in the clean-up spot in the Red Sox order.

José Altuve, Houston ($4400) ... is the best leadoff man in baseball because of his balance of speed, ability to get on, and occasional pop in his bat. Houston is projected to score the most runs tonight with Altuve setting the table. Dude's already gathered 13 hits and scored 11 runs in 10 games.

Anthony Rendon, Washington ($2800) ... is one of the reasons why the Nats are off to a blistering 7-1 start. Dude's another table-setter who should hit second tonight against Jeremy Hellickson. Although he's had two good starts, Hellickson has a career 3.90 ERA and should yield more than a few runs to Washington.

Carlos Correa, Houston ($4600) ... has 12 hits, including 3 home runs in 10 games for the 'Stros. Dude's licking his chops to face Mike Pelfrey tonight. He only lasted 3⅔ against the Yankees in his last outing, yielding 8 hits and 6 earned runs.

Curtis Granderson, New York Mets ($2900) ... has started the season slowly but showed signs of life with a hit in both of his last two games. Dude's the lefty leadoff man against Cleveland righty Cody Anderson tonight, who gave up 2 runs and 6 hits in 6 innings in his only start of the season thus far.

Chris Coghlan, Oakland ($2000) ... is a boom-or-bust player, and I understand if he's not for you. At this tiny price tag, though, I'm rolling with Coghlan to do some damage at home against Edison Volquez and the Royals. Dude's had two multi-hit games this season.

Delino Deshields Jr, Texas ($3300) ... is another leadoff man I really like tonight. Dude's swiped a couple of bags and has 10 hits in 10 games for the Rangers. Texas has the second-highest projected run total, and Deshields has scored 4 times in the last 3 games.

Your favorite Shot Dudes advises that you put your sad and ugly feelings aside and enjoy a great night of winning. Never get to close to wild animals and always give it your best shot!