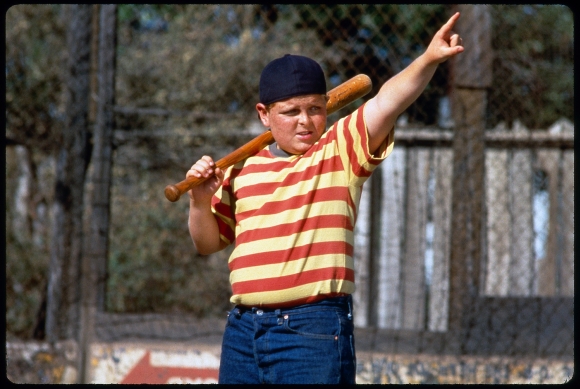 When I was a kid,  the spring and summer months meant Sundays on the sandlot.

We'd play baseball and end up spending all day there. One kid even kept stats!

Those days are far behind your favorite Shot Dude, but I still enjoy baseball.

I hope you'll enjoy the great ideas I have for you to build a winning fantasy lineup.

Please keep in mind that this piece was written far before lineup lock, so make sure to check for weather concerns and that these players are starting today.

This is the day's busy schedule with the help of the Bovada data tool located on our Home page: The hard-working bunch at FanDuel have many MLB fantasy options. Enter your best lineup and try your luck as soon as your done here.

Matt Moore, Tampa Bay ($6000) ... is an affordable dude to get good production from the pitcher spot. In his first two starts, Moore has struck out 11 in 12 innings and registered fantasy scores of 24 and 33. The Rays are favored at home against the White Sox with a game total of just 7½.

Brian McCann, New York Yankees ($3300) ... is a player I love today as long as he's behind the plate for the Yankees. Sundays can be tricky with catchers in MLB, as many regulars are given the day off. McCann has started off hot, grabbing 10 hits in his first 8 games, including 2 homers. Dude's also homered off today's starter for Seattle, Hisashi Iwakuma.

David Ortiz, Boston ($4200) ...  seems to produce every day, as evidenced in his 11-for-33 start at the plate this year. Three of those hits have been home runs, and dude's piled up 10 RBI in 9 games. Toronto will counter with Aaron Sanchez, a pitcher whom Ortiz has bruised for 4 hits in just 7 at bats lifetime.

Brian Dozier, Minnesota ($2700) ... has had a slow start, but cashed in yesterday with a hit, RBI, run scored, and a stolen base. That added up to a sweet 18 fantasy points for those who inserted Dozier into their lineups. I'd be surprised if manager Paul Molitor sits him today when the Twins face Angels' starter Nick Tropeano.

Josh Donaldson, Toronto ($5400) ... is playing like the reigning AL MVP should, with 13 hits in his last 10 games. Five of his 15 hits have left the yard, and he now has seven hits against Boston already this season. Toronto has one of the highest team totals today, and Donaldson is 2-for-6 in his career off Steven Wright.

Carlos Correa, Houston ($4300) ... has a big game coming soon, so why not today? Dude's been too quiet not to erupt, and Aníbal Sánchez and Detroit could be his victims. Three of Correa's 12 hits have been homers, and this game's total is nine. I'll wager we see some fireworks in Houston today.

Jorge Soler, Chicago Cubs ($2700) ... is heating up, with 3 hits in his last 2 games, including a homer. Dude should be hitting fifth or sixth today against Colorado and Tyler Chatwood. Cubs hitters must be salivating to face Chatwood, who's given up 18 hits in 12 innings during his first two starts.

Miguel Sanó, Minnesota ($3000) ... is another batter due to warm up. Even though he has just 5 hits, Sanó has drawn 7 walks. That good plate discipline is bound to lead to more contact. After a great start the last time out, I think the Minnesota bats get to Nick Tropeano today.

George Springer, Houston ($3300) ... had a huge day against the Tigers yesterday, with three hits, including a homer off Justin Verlander. That gives Springer 12 hits in as many games and solid footing as the two-hole hitter in the Astros' lineup. Dude's only faced today's starter, Aníbal Sánchez, twice but has a hit, run, and a stolen base off him.

Even if your day doesn't include a trip to the sandlot, your favorite Shot Dude hopes you still turn out a winner. Have a catch with someone you care about, and always give it your best shot!