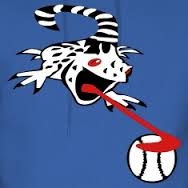 With the NHL and NBA moving into small daily schedule territory, parting is such sweet sorrow.

However, your favorite Shot Dude has no problem changing his sports spots

With a full Tuesday tilt ahead of us, baseball is the coat this sports chameleon is wearing today.

The pressing question for the moment is whether to add Clayton Kershaw to your lineup and place value hitters around him or fade him in favor of some stud bats?

Follow along to see which direction I'm headed, and please remember to check team lineups closer to game time to make sure these hitters are starting.

You can view all today's MLB matchups with the help of the Bovada data tool  on our Home page: The aces at FanDuel have a huge selection of MLB fantasy games for you. Get your fill as soon as you're done here.

Clayton Kershaw, Los Angeles Dodgers ($13,000) ... has a price too steep for some today, but not me. Of his four outings so far, dude's worst fantasy output was 33 points! Kershaw has also posted 45, 51 and 60 fantasy scores for his takers. Other than Giancarlo Stanton, Miami's lineup doesn't scare me, and the Dodgers ace gets to face them at home.

Víctor Martínez, Detroit ($2600) ... is over his slow start, but his price has yet to reflect it. With four hits in his last 2 games and 11 hits in his last 9, Martínez is in the hitting zone. Dude's at home and faces Oakland's lefty starter Rich Hill, but is a switch-hitter who should be in the cleanup spot again.

Logan Morrison, Tampa Bay ($2000) ... is one of the hitters that made my decision to use Kershaw possible. Morrison hits left and will most likely bat second against Baltimore's starter Ubaldo Jímenez. After a slow start, dude's on a very modest two-game hitting streak and appears to be turning things around.

Howie Kendrick, Los Angeles Dodgers ($2100) ... has played in seven straight games and is a big part of the Dodger infield picture. Although his bat has been a bit slow, dude's had hits in two of his last three and has scored five times this season. For this small price, I'll take a chance Kendrick heats up against Miami's Tom Koehler.

Matt Duffy, San Francisco ($2500) ... has 80 at bats and 20 hits already as a mainstay in the Giants' batting order. Dude's had five of those hits since being moved back to the 3-hole three games ago. Duffy spent much of last year hitting third and should be comfortable there tonight against Padres' starter James Shields.

Brad Miller, Tampa Bay ($2000) ... is also a great way to save salary to afford your higher-priced players. Dude's another left-handed batter that should hit in the Rays' top six tonight against a righty starter. Dude's had hits in his last two games and doesn't have to do much to pay off his minimum salary.

Juan Lagares, New York Mets ($2000) ... only has had 24 at bats but has seen action in four straight games. I think he'll get the start in center tonight against Cincinnati righty starter Brandon Finnegan. Lagares has legged out a double and a triple among the seven hits he's had and is another batter you can get for minimum salary.

Andrew McCutchen, Pittsburgh ($4800) ... has hits in 7 of 10 games and gets to bat in Coors field tonight? Yes, please! Dude's a righty slugger facing lefty starter Jorge de la Rosa, and the Pittsburgh team total is over 5. All these factors warrant paying up for McCutchen today for me.

Carlos González, Colorado ($4000) ... is as hot at the plate as Martínez, with 12 hits in his last 10 games as well as 6 runs scored. Since no pitcher seems immune to giving up hits and runs in Coors Field, there should be plenty of each in this game with a total of 10. I like the left-handed batting González to hit third and hold his own against Pittsburgh's righty starter, Gerrit Cole.

Your favorite Shot Dude hopes your wallet takes on a new shade of green after some fantasy winning tonight. Please eat healthy, get plenty of rest, and always give it your best shot!