The Shot Dude: One Liners 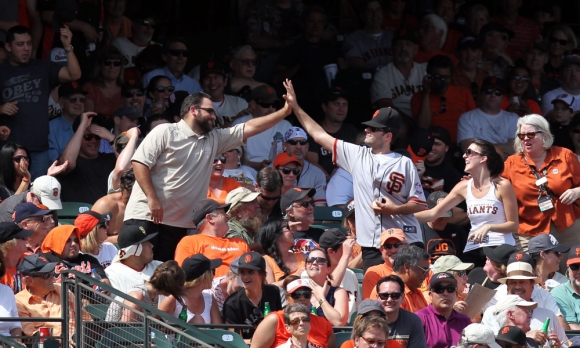 Your favorite Shot Dude laughs at one liners all the time. Unfortunately, that's all we have in common.

Since I got my fill of one liners at the comedy club last night, I'll return the favor and give you a one liner as to why you should consider the following players for your fantasy squad today.

You'll see I'm really on board with Cubs, Blue Jays, and Red Sox.

You can catch all of today's matchups with the aid of the Bovada data tool located on out Home page: FanDuel is never a one hit wonder. They come back every day with great fantasy contests to enter, so head over there when you're through here.

Jon Lester, Chicago Cubs ($11,400) ... had over 60 fantasy points in each of his last two starts and has an ERA four points lower than his opposing starter.

Chris Coghlan, Chicago Cubs ($2100) ... got his first hit yesterday since being traded back to his former team and will see utility playing time with the injury to Jorge Soler.

Ezequiel Carrera, Toronto ($2600) ... is hitting leadoff, has an inexpensive salary, and the Jays are projected to be one of the top three scoring teams today.

Your favorite Shot Dude loves to laugh and hopes you laugh at your opponent when you win all his/her money. Please drive close to the posted speed limit, and always give it your best shot!