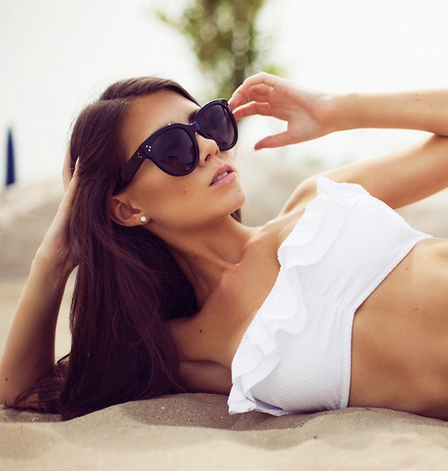 The day after a holiday can always be challenging.

Driving the kiddies to school, cleaning the house, and getting into work mode just seems a bit harder.

Your favorite Shot Dude votes we all just ease back into it like MLB does.

They have a full schedule today, but there are 3 early games and 12 on the evening docket.

At least it's not a full-fledged stagger like yesterday. You can check out all the start times and matchups with the help of the trusted Bovada data tool on our Home page: The folks at FanDuel never want you to miss your favorite fantasy contest, so here's a tip:

Hisashi Iwakuma, Seattle ($9000) ... has scored 30 or more fantasy points in 4 of his last 5 outings. Dude's facing one of the worst offenses in baseball when San Diego visits tonight. I'll let my opponent pick one of the six more expensive pitchers, while Iwakuma has a similar stat line and I load up on hitters.

Matt Wieters, Baltimore ($3200) ... has a sweet nine-game hitting-streak going that's produced 16 hits, including 2 homers and 5 RBI. After a day off yesterday, Wieters will be rested and ready to face Boston lefty Eduardo Rodríguez, off whom he's singled and homered in five lifetime at bats.

Justin Smoak, Toronto ($3000) ... has 9 hits in his last 10 games and is batting .273 for the season. The Blue Jays are home and facing CC Sabathia. I've watched and admired Sabathia for a long time, but I think he's due for a bad outing tonight. I wouldn't load up on Jays hitters, but one or two who you believe in will set you apart from those starting Sabathia.

Devon Travis, Toronto ($2200) ... should bat next after Smoak in Toronto's order, and I'm hoping both these two have a big night. Dude's way too cheap to pass on, with 6 hits and 3 RBIs in 5 games. Travis has responded quite well after returning from a shoulder injury.

Matt Carpenter, St Louis ($3500) ... has me very excited for tonight. Carpenter had 4 hits and scored 3 times against the Brewers yesterday and has quite a history against today's starter, Wily Peralta. Dude's collected 16 hits, including 3 long balls, in just 35 at bats against Peralta.

Carlos Correa, Houston ($3900) ... was slumping but has just begun what could be a long tear, and I want in! Dude's 4 for his last 12 with a homer and 6 RBIs pumping his average up to .250. The 'Stros will face Arizona lefty Patrick Corbin, who lost the entire 2014 season to Tommy John surgery. All Corbin's stats are worse than before that surgery.

Matt Holliday, St Louis ($3000) ... has also had success against Wily Peralta. Not quite the great stats that Carpenter has put up, but there's nothing wrong with 2 home runs and 10-for-28 for Holliday. This game at the Miller Park launching pad could get ugly, so stack 'em up!

Yoenis Céspedes, New York Mets ($3800) ... is tied for the league lead in home runs and just may get at least one more tonight off struggling White Sox starter Mat Latos. The righty Latos has allowed eight homers this season and also has walked eight while surrendering 22 hits in his last 22 innings.

Michael Conforto, New York Mets ($3300) ... is another Met in a great spot tonight against Latos. Conforto should see some attackable pitches batting right before Céspedes and has launched eight bombs of his own. Feel free to stack the Mets at home tonight if you like.

Your favorite Shot Dude hopes you are able to ease back into a Tuesday routine complete with winning your fantasy games. Help someone out who is down on their luck, and always give it your best shot!