The Shot Dude: Crushed and Melted 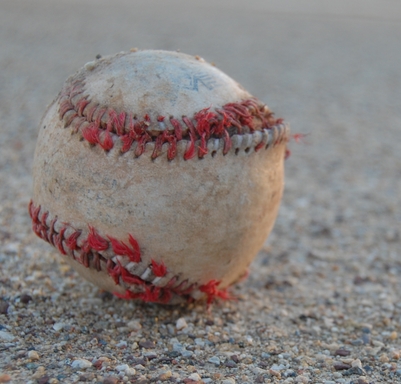 I recently noticed a parking-spot sign that read, 10 minute limit; all others will be crushed and melted.

I won't mention the restaurant where I saw this, but it made me shake my head a bit.

Your favorite Shot Dude wonders why anyone would do that to their own customers?

It's all in fun, I know, but let's not get crushed or melted by today's 12-game MLB schedule.

With two games starting earlier than the rest and two possible rainouts, there are eight games I'm keying in on. You can gaze at the entire schedule with the help of the Bovada data tool located on our Home page: Our friends at FanDuel serve up the best fantasy games to play. Join a few as soon as you're done here.

Clayton Kershaw, Los Angeles Dodgers ($13,200) ... is the one pitcher I just can't skip right now. Dude's so dialed in, it's amazing to watch. Kershaw has double-digit strikeouts while walking only one or fewer in six straight! It's hard to not make room for him on a night with so much value. Fade him if you must, but your opponent will have at least a 50-point head start with Kershaw.

Victor Martínez, Detroit ($3000) ... is coming off a great day at the plate yesterday with a homer, 2 RBI, and 2 runs scored. That added up to over 28 fantasy points and had his takers smiling. Dude's been an all-or-nothing contributor lately, with 5 multi-hit games in his last 10.

Prince Fielder, Texas ($2800) ... has begun a nice late-May resurgence, with a total of 6 hits over a 5-game hitting streak. Three of those games resulted in fantasy scores over nine, so it was a great return on a salary under $3000. The Rangers are projected as one of the higher scoring teams tonight, as well.

Howie Kendrick, Los Angeles Dodgers ($2800) ... had a four-hit day yesterday, which gives him an incredible 13 hits over his last 9 games. I really like the 5 runs and 5 RBIs dude's collected in that span; it will not only keep him in the lineup but bump him up in the batting order.

Justin Turner, Los Angeles Dodgers ($2400) ... is also part of my Dodger mini-stack, as they're projected for 4-5 runs. Batting second in the order seems to agree with Turner, who's blasted 2 homers in his last 9 at bats. And Reds starter Brandon Finnegan just doesn't scare me away today.

Freddy Galvis, Philadelphia ($2400) ... has come up with 10 hits in his last 9 starts and has been hitting sixth for the Phillies. Dude's just the kind of steady producer at a lower salary who will help you include Kershaw and give you a great chance to beat your fantasy opponent.

Kiké Hernández, Los Angeles Dodgers ($2100) ... should be in the leadoff spot for Los Angeles against Cincinnati tonight. Even though dude's had just 16 hits so far, he's walked 11 times. Hernández could really explode offensively if he's given consistent at bats, so maybe tonight is the start of what we saw last season.

Mitch Moreland, Texas ($2900) ... has been a bit quieter at the plate than I'd like recently but will face righty Nick Tropeano tonight. Tropeano has had a rougher time in his road starts, and Moreland has a matchup advantage batting from the left side. I think he's due for going deep in a game where Texas is projected for at least 5 runs.

Giancarlo Stanton, Miami ($3400) ... is MLB's poster boy for crushing and melting. His current price tag is as low as I've seen it in a long time. Use him while you can,, because his salary is about to skyrocket. Yes, I know dude's been slumping but it's just a matter of time until he starts hitting tape-measure homers again! Stanton did get a hit yesterday, and tonight just could be the start of a power surge.

Your favorite Shot Dude is signing off for another day, wishing you nothing but wins tonight. Make sure you feed the parking meter to avoid a ticket, and always give it your best shot!