The Second Coming of Alfonso Soriano 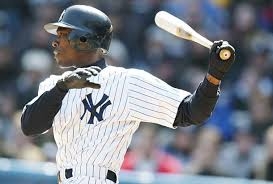 Alfonso Soriano is back.

Since he arrived, Soriano has almost single-handedly been keeping the Yankees in the race for the playoffs.

Alfonso Soriano started his career with New York back in 1999.

I honestly feel he should have never left, but Yankee managmement decided to trade Soriano in 2004 for a coveted phenom with exceptional ability: Alex Rodriguez. Feel free to refer to my previous article on A-Fraud and how that ended up for the Yankees.

Soriano had raw power back then with foot speed to match. He eventually became a member of the 40/40 club and is a seven-time All-Star.

In hindsight, you can understand why the Yankees decided to trade him. He was deemed expendable due to his poor defense, and this was during an era where power hitters were a dime a dozen. You can thank HGH and PED's for most of that explosion, but Soriano was a pure hitter who also possessed the ability to steal bases as if it was second nature.

His resurgence has been a beautiful thing to see, especially since before the trade, he was almost non-existent on anyone's radar. Cubness will do that to a player. They haven't been relevent in years.

Now back in the Big Apple, Soriano has given Yankee fans hope once again. He's driving in runs and setting records. Almost on a nightly basis, he's driving in a run or helping his team come back from a deficit. He feels comfortable here, and it's refreshing to see a solid baseball player once again gain some noteriety.

I'm not a Yankee fans by any means, but I'm cheering for Alfonso. You can't dislike a millionaire who donates globs of money to his home country. Soriano is a charitable, humble, positive individual with talent to match. Too few players act like this, and it's truly a shame that his positive nature has gone unnoticed for so long.

Alfonso is finally getting his due, and I couldn't be more happy for him.