The Same Old Song and Dance in Motown 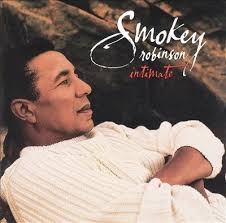 Tuesday's play was yet another tough pill to swallow, with Tampa falling to Texas in 14 innings, 3-2, after a four-pitch, bases loaded walk that lifted Texas to victory.

My last two baseball losses have now gone 15 and 14 innings, respectively, after the Astros could only muster a run in 15 innings against Philadelphia in my selection a week earlier on 8 August. Can anybody hit around here?

We know the Detroit Tigers can. They're hoping a change of scenery will help put a stop to their losing ways as their home and home series with the Pirates switches venues from Pittsburgh's PNC Park to Comerica Park in Detroit tonight. Bovada believes they have a better chance of winning than does Pittsburgh, based on their odds that have the Tigers at -122 and Pittsburgh at +102. However, I'm thinking not and leaning considerably the other way.

The Pirates have gone 15-9 since the All-Star break, with two of those 15 coming the last couple of nights in a pair of wins over the Tigers. On the flip side, Detroit has dropped 6 of their last 8 and have all of a sudden been hit with the injury bug; they've fallen out of first place in the AL Central in the process, all the way down to being tied for the second wild-card spot with the Seattle Mariners. The Seattle Mariners!

I'm really perplexed by this line, considering the starting pitching match-ups. Pittsburgh sends steady Vance Worley (5-1, 2.30) to the hill for his tenth start of the season. And when I say steady, I mean it. 8 of his 9 outings so far this season have resulted in quality starts. He's struck out nearly four times as many as he's walked this season, and is registering an average of just over 5.5 K's per nine innings.

While facing a still potent Tiger lineup may challenge Worley more than others -- like the ones that scored a combined total of three runs in 29 innings in my last two losses -- I definitely think Pittsburgh has the edge on the bump tonight.

That's because Worley will be opposed by the familiar name and face of Buck Farmer Wednesday night.  Yes, the Buck Farmer. The Buck Farmer who has 20 starts in the minors this season: 18 at high-A and two at AA. I'd always thought Buck Farmer was a guy who raised deer. But apparently, he pitches for the Tigers, as well, and in his major league debut tonight, he had better be good.

It's a shame Rob Deer isn't on the Pirates roster. Coulda been a chance for revenge on behalf of Bambi's relatives.

Take a look at the Bovada data tool on our Home page and check out a very key fact about the Tigers. It's the one that mentions Detroit's bullpen has pitched 23⅓ innings in the last three days! Check it out in the graphic's lower right corner:

I'm sorry, the guy may go on to have a stellar career and he might be a great guy. But when it comes to my money, I'm going with a proven, steady pitcher for a surging team, and I don't have great expectations for a struggling club with Buck Farmer making his pitching debut in The Show.

This is especially tantalizing with Pittsburgh being highly overlooked by the betting public as a slight dog. The bullpen factor is also huge here. And maybe it means the Pirates will take care of business before the 14th or 15th inning this time.