The Return of Matt Harvey 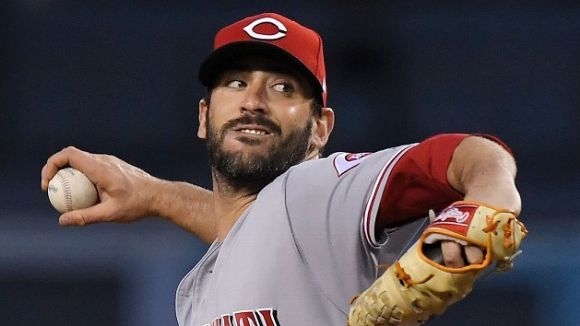 The New York Mets' release and subsequent trade of Matt Harvey to the Cincinnati Reds was met with a healthy mix of skepticism and indifference by most pundits.

But not by the Reds, who could use anyone on their roster resembling a major-leaguer.

Conventional wisdom seems to suggest that anything is possible at this point in the Dark Knight's career, although the Mets were clearly no longer interested in finding out.

The mercurial 29-year-old -- of frustrating fortune -- took the mound in his Reds' debut in LA against the Dodgers, and well, he looked pretty OK.

Harvey assumed the form of Batman yet again, providing his new team with four strong innings of one-hit ball before being removed due to a limited pitch count.

While he certainly doesn't look like a cop, dude did conjure images of his salad days of 2013 and 2015, which really wasn't all that long ago.

Here's the masked vigilante dealing for the Reds.

He does look odd in that Cincinnati uniform.

If you recall, Harvey returned successfully in 2015 following Tommy John surgery, but may have been overused by the Mets that year, tossing over 200 innings including the postseason.

Harvey's an interesting dude, so here's hoping he can get it back.