The Races for Stanton and Ohtani Are On, Kinda 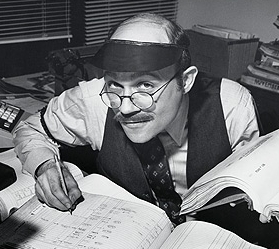 And yet, the biggest two names being tossed around are a player who's not on the market and another who's never played an inning in The Show.

Then there's a bomber extraordinare who's defense-optional and still asking for $200million.

Well, you never know unless you ask.

The reality is no organization's gonna offer crazybucks unless they see it working.

Not even Jeffrey Loria, who clearly saw that megadeal he gave to Giancarlo Stanton as a way to increase the valuation of a dead horse he knew he was gonna sell 'way before he'd be on the hook for it.

That's now down to the new ownership, whose challenge will be to make budget in the most fickle market this side -- or any side -- of Atlanta.

It was clear from the start that the Marlins' front office was eyeing St Louis as a trade partner.

The Cardinals had asked about him prior to the non-waiver deadline. They have the trade pieces. They have a restless fan base that's not accustomed to missing the playoffs, especially when the Cubs aren't.

They also have memories of dodging a bullet when Albert Pujols signed an insane long-term deal elsewhere.

Frankly, the Cardinals knee-jerked on the Dexter Fowler contract, and when the list of baseball's minor league drops was published, theirs was the lightest.

The question is, how high is St Louis willing to go?

Stanton has a total no-trade contract and has expressed a desire to play on either coast, but so did Mark McGwire. He also wants to play for a contender, but only the Dodgers have talent to trade, and they seem happy with what they've got.

Miami obviously wants to shed virtually all of his salary. St Louis won't take it all. It could well be that San Francisco, Boston, and Philadelphia will pay more, but nothing happens until the Cardinals make their best offer.

St Louis will not be in the running for Japanese sensation Shohei Ohtani for the same reason most other clubs are: they're maxed on their foreign player bonus allotment.

Only six clubs have the headroom to offer him a seven-figure bonus:

Yes, that ball went through the roof.

Since Ohtani's not interested in waiting two more years -- when MLB teams can offer unlimited riches -- money definitely isn't his first priority. That oughta spice up his recruitment.

However, cash is still king with the Nippon Ham Fighters. Their 15% or so commission -- that's still part of the MLB-Nippon Pro Baseball negotiation -- makes them keenly interested in which team he selects, and sick about what they coulda reaped if he'd waiting until he turned 25.

Just as the scramble for Stanton will hinge on St Louis, the mad dash to Ohtani's door won't start until the Fighters say it does.