The Phillies Buck a Trend in the City of Tankerly Love 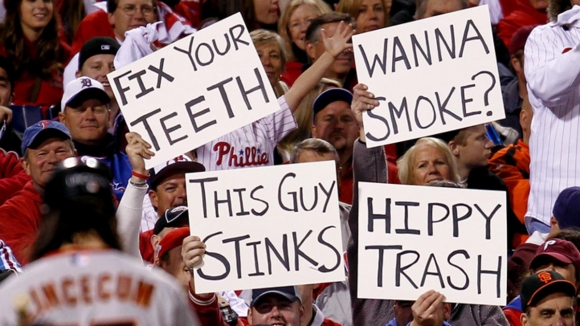 A city well-versed in expressing its displeasure has had ample practice in recent times.

Then there are the Phillies.

Dudes steadily declined from division titlists -- including a World Series triumph in 2008 -- to doormats, compliments of Ruben Amaro Jr and his refusal to believe that core players age.

And 2016 looked like it was gonna be another suckfest.

Believe it or not, May has been more of the same. Here's an example:

Pat Gillick is an alchemist.

Dude previously rebuilt the Toronto Blue Jays and Seattle Mariners, not to mention earning sainthood for that 2008 Phillies team.

The city sorely missed his influence.

His current blueprint may be slightly ahead of its time, but with the Phils a half-game outta first at the season's quarter pole, the Gillick legend has only grown.

Not bad for being in a division that only has one team below .500.

It might even be safe at long last for Santa to show up and throw out a first pitch. That'd be a welcome change.