The Orioles May Have Stumbled Upon a New Closer 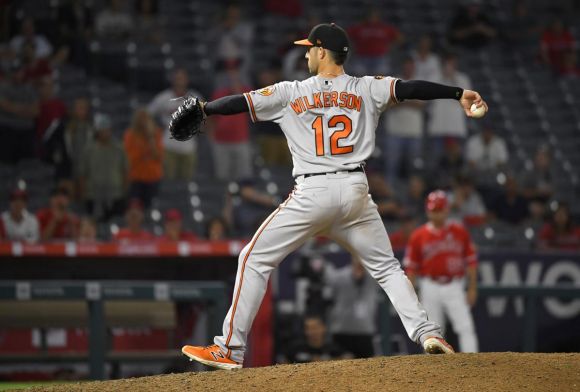 One of the fun little quirks of MLB is that occasionally a ballgame can just continue into infinity.

Such was the case the other night when the Orioles and Angels hung out for 6 hours and 19 minutes, which is a long time to do anything.

Inevitably, a 16-inning game like this is going to produce some weird shit.

This one was no exception.

Feast you eyes on the following statistical vagary:

Stevie Wilkerson is the first position player EVER to record a save (saves became an official stat in 1969).

Indeed, the save has been with us for a half century, and some dude named Stevie Wilkerson is the first non-pitcher to get one.

The 10-8 Birds win was completely bananas, with each team putting up three-spots in the 15th inning to extend the game even further.

Then Jonathan Villar jacked a two-run homer in the top of the 16th, setting the stage for the most unconventional closer in the history of organized baseball.

We'll just give you the full recap, because there's much to process:

For the record, the regular closer in Baltimore is someone named Mychal Givens, so we can all agree that they should maybe keep running this dude out there.

Seriously, check out the velo on these arching lobs of wholesome goodness:

Stevie Wilkerson closed out the Angels in the 16th inning throwing 55 mph lobs. His average velo was 54.3. Pretty hilarious. pic.twitter.com/zREuhXGtYj

At the very minimum, a time-share should be discussed.