The Mets Must Be MLB's Ultraviolet Bug Zapper

Published on 1-Aug-2015 by Alan Adamsson 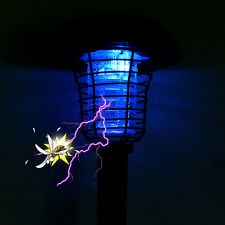 For the record, this is the state of the New York Metropolitan Baseball Club:

It's as if they've been infected with Cubness or something.

Was this pall cast by a vast conspiracy leading to a Keith Hernandez curse?

Whatever. It's like Teflon to this current crop of Mets.

Maybe Mike Cuddyer started it. Dude signed for less money to set up shop in Queens.

And then comes the heart-warming story of Wilmer Flores. A Met since the tender age of 16. Almost traded and moved to tears at the thought of being torn away from the orange and blue that represents Giants and Dodgers of yore.

Now, as that feelgood has crested, the other Met in the failed Gomez trade, Zack Wheeler, didn't want to be left in the loyalty lurch.

Dude called Mets GM Sandy Alderson and gave an impassioned oath to Met-hood. It made for great press, but what's Alderson supposed to do? Pull a Ruben Amaro Jr and keep the gang together for old time's sake?

And let's see if Flores and Wheeler are into hometown discounts and do a Cuddyer when their contracts are up, should they still be Mets.

Who knows? Maybe they sense the magic. Lucas Duda's going deep in droves. David Wright's rehab is almost field-ready. Bartolo Colón is hitting, for chrissakes. The Dark Knight's returned, and they've got the scion of Asgård ready to drop the hammer every fifth day.