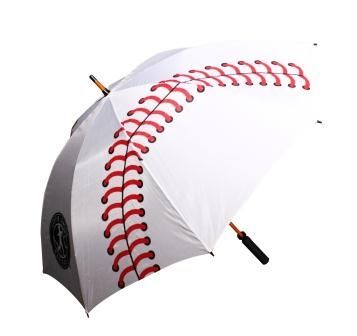 I'm very lucky to be able to stay connected so very closely to something that everyone reading this enjoys.

I get to be closer to games than almost any one of you are, and practically on a daily basis, year round.

No, not in a Sky Box. Not even in the front row or press row.

I'm right down there on the field or court! I officiate basketball, football, and baseball at every level, from youth league, high school, college, and yes, even professional.

Not bragging at all. I'm just very darn lucky.

I was going to say damn right there, but I didn't want to T myself up.

Consistently the question I get asked more than any other is, what sport do you like best?

Easy answer for me: basketball.

The game's played inside where the temperature is always right about 73º.

Football's a close second. When the season starts, it can be a bit warm out there, and if it's too hot, we're not even allowed to start the game. Safety first; it's all about the players!

By the time the post season rolls around, it can be downright cold, and old people and cold weather just don't mix.

Baseball's a distant  third. Why do I loath thee? Let us count the reasons.

Baseball's a most bewildering game. Let's start with the obvious. Baseball has no clock!

Whenever I get mad, bored, hurt, hot, cold, tired, or anything in basketball or football, I can always take a peek at the clock. It tells me how long I have to go.

The clock practically saves my life out there.

Yet, until this season, there's been no clock in baseball.

Right now, You're just out there praying that little Jimmy can throw a strike, and if he does, that little Tommy can hit it. Then, you're hoping little Johnny can catch it.

You're 100% at the mercy of the skill level of all the players.

If and/or when a team gets three outs, the munchkins are rewarded by getting to go sit down and rest for Lord knows how long.

When do the umpires rest in baseball? Never!  We're just out there in misery. Hot. Cold. Rain. Snow.

Sometimes, someone might bring us a drink, but if you're old and you drink, wanna guess what happens next?

Hard for the umpire to hit the loo at most levels of baseball. Some colleges have a restroom close to the dugout. All pro teams do. Zero high schools do!

Old people can not hold it!

Someone needs to make one of these look like a baseball bat:

Of course, I could go on and on, but my job is to entertain and inform you.

Let's cut to the chase.

Last Sunday morning is a classic example why I rate baseball has my third favorite sport to officiate. It had rained all Friday. It actually snowed three inches on Saturday, and as I write this, it's 8:30am and I'm waiting on a text, e-mail, phone call, smoke signal, candygram, pony express ... anything to let me know that today's game has been called.

It was set to be played Friday and has been pushed back ever since.

The first pitch today was supposed to be at high noon. Yesterday afternoon, they'd changed it to 1:00pm. Last night, they changed it to 3:00pm, and we're once again waiting to see if we have to load up the car and drive 90 minutes to play games on a field that may or may not be wet and/or covered with snow in temperatures that will only climb into the mid to upper-40's.

My entire weekend is totally shot. It's been spent waiting around to play what in reality are two meaningless baseball games that certainly could've been played when the weather is warmer.

What can be done to fix this? I'm sure people far smarter than I are working on it right now. This nonsense of waiting around for hours and even days trying to get a game in is borderline insanity.

If it can be too hot to start a football game, then it can damn sure be too cold to start a baseball game!

Nothing like putting our lives on hold, just waiting to see if we're gonna get to drive somewhere far, far away so we freeze our patooties off for seven hours.

I guess it's a calling.