The Legal System Confirms It: Bonds Is Innocent 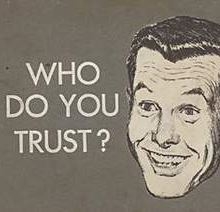 Back in the day, Johnny Carson got his start in television by hosting a game show called Who Do You Trust?

Unfortunately, Johnny's not around anymore. The game show is; it's just staged in a courtroom now.

And Carson would still be the perfect host for it.

Yesterday, after spending obscene amounts of taxpayer dollars, the Fed prosecutors lost to Barry Bonds' obscene amounts of baseball dollars, and the inflated former star was adjudged to be without sin for lying through his teeth over his steroid usage.

This is the culmination of silly stuff started in 2008:

From a year ago:

There are no good guys here. Federal prosecutors boast that they get convictions in 97% of their cases. That surely puts them right up there with the old Soviet Union and present-day Iran. The other 3% probably involved dudes with enough dosh to truly fight back, and if they've got that sort of scratch, it's probably no surprise they wound up in court in the first place.

Frankly, all either of them care about is winning. At any cost. And for Bonds, it was at any cost:

Meanwhile, da heat is left to double down on its efforts to keep that number at 97%, ie- collaring those who don't have obscene amounts of money to throw at the system.