The Cubs Are Giving Championship Rings to Everyone 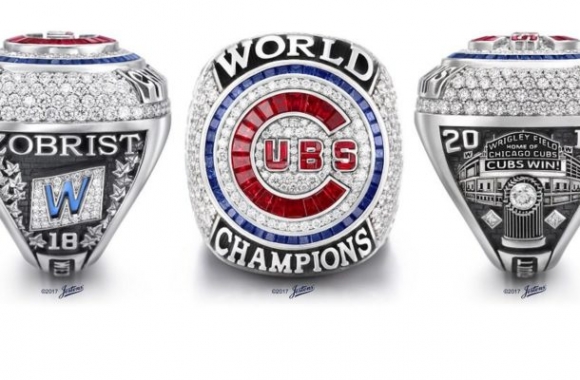 As such, the organization is being quite generous with the championship jewelry.

The team handed out a grand total of 1,908 rings to seemingly anyone even remotely associated with the team.

Of course, this number bears some historical significance.

The team received their rings in a lovely ceremony a few weeks back.

Here's a look at how the fine people at Jostens put these bad boys together:

These rings would obviously fetch a healthy sum on the open market.

As a result, all non-players receiving jewelry were asked to sign an agreement stipulating that they wouldn't sell their ring to the general public.

Fans are in fact salivating over these tangible pieces of history.

The folks at Jostens are selling championship rings ranging in price from $299 to as much as $10,800.

If they sell like these fake Dallas Cowboys Super Bowl rings do over at Fanorama, they'll have more than enough dosh stowed away for their kids' college fund.

And they are apparently going fast, so act now.