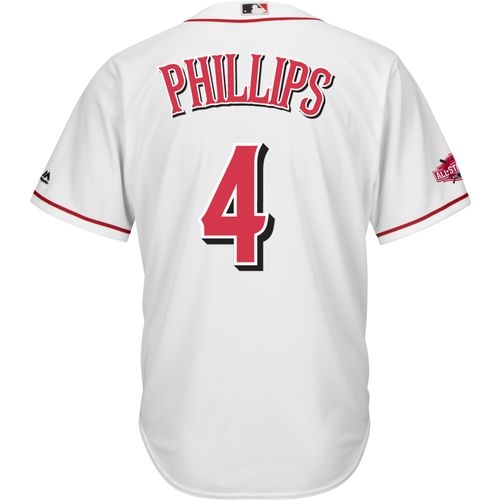 Brandon Phillips is not a happy camper at the moment.

After spending 11 seasons with the Reds, the second baseman returned to Cincinnati this past weekend as a member of the Atlanta Braves.

So what exactly is the source of Phillips' discontent?

Well, the Reds organization has inexplicably given his number to another player.

The three-time All-Star is not pleased with this development, as his comments during the series would suggest.

Phillips couldn't believe that another player was wearing his No 4, equating it to a slap in the face.

Of course, we're talking about a symbolic slap here.

The popular former Redleg has no problem with the city of Cincinnati or the fans, though, as it seems he would've preferred to finish his career nestled in their warm embrace.

Phillips certainly had some solid years in Cincinnati, but to retire his number or even make it unavailable temporarily seems like something of a stretch.

The recipient of No 4 was Scooter Gennett, who claims to not have wanted the number out of respect to Phillips.

It appears the Reds forced it on him anyway.