The Cardinal Way Has an Exit Ramp 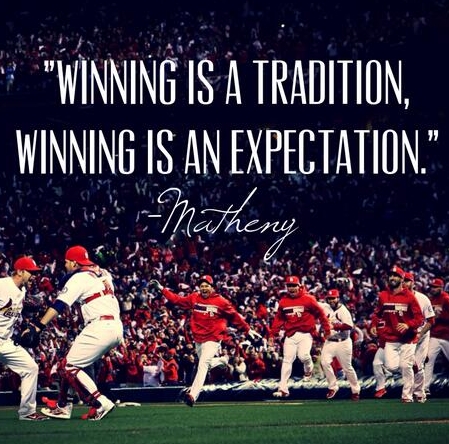 Amidst the seismic player transactions on the cusp of MLB's non-waiver trade deadline, a less heralded deal shook a team to its core.

That's because one of the principal figures was part of its core.

Allen Craig and Joe Kelly found out via social media they were no longer St Louis Cardinals and now part of the Boston Red Sox. Neither could totally believe it until GM John Mozeliak finally contacted them in San Diego, where the defending NL champions -- whom they helped earn that title -- were about to wrap up a series with a day game against the Padres.

After strong run-producing seasons in 2012 and 2013, Craig was considered to be part of the St Louis nucleus of Adam Wainwright, Yadier Molina, Matt Holiday, and Jhonny Peralta. But he did have injury issues. Many in Cardinal Nation still believe the 2013 World Series might have had a different tone had he been healthy.

But this season, Craig was never quite right. Manager Mike Matheney gave him ample opportunity to work out of his funk, but his continuing struggles started raising eyebrows and, ultimately, voices.

And all the while, phenom-in-waiting Oscar Taveras has been biding his time by tearing up AAA-ball and getting spot starts with the big club, where he's danced with the Mendoza line. The Cardinals are hoping that's because he hasn't had the opportunity to establish a daily rhythm.

Well, he does now.

And in today's 6-2 victory over San Diego, after the trade was announced, Taveras was in the starting lineup. As if on cue, he homered.

Flamethrower Carlos Martinez believed he was in a battle with Kelly for the fifth spot in the Cardinals vaunted rotation. Even though he pitched well in spring training, it wasn't enough. Kelly was apparently the anointed one. So, while Martinez became the eighth-inning specialist, Kelly developed an acrimonious relationship with the middle innings. Of course, he had to get that far first.

If the Cardinals espouse family, they must then realize that this is indeed a family business. And when the patriarch speaks, family had best listen. Or else.

Well, the else just happened. And the only way that matters now is the way the current roster reacts.