The Astros Continue to Bludgeon Opponents at Home 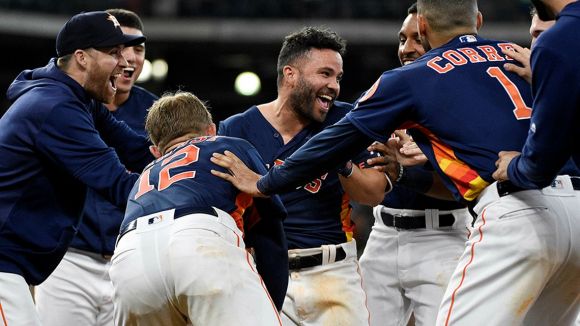 Clearly, the Houston Astros are pretty good at baseball.

However, they've recently transcended to a higher plane of consciousness, no longer content to simply win games.

Dudes have taken to just beating the shit out of teams, particularly in the cozy confines of Minute Maid Park.

Local and state governments will have to coordinate quickly in order to clean up this mess.

The recent binge began on Sunday, when the Astros tore the visiting Seattle Mariners a new one.

Jesus, think about the children.

They absolutely scored 21 runs on 22 hits with the benefit of only two homers.

Next up on the chopping block were the Oakland A's, currently sitting 10½ games behind Houston.

The 'Stros took their hearts as well, winning 15-0 in a real squeaker.

They also yanked seven baseballs out of the yard, tying a franchise record.

Between their stacked lineup and loaded rotation, they should maybe start spotting teams a few runs.