The A's Are Collecting Closers for Their Stretch Run

Published on 9-Aug-2018 by Alan Adamsson 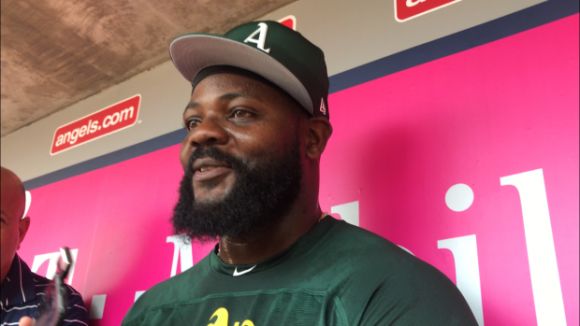 Oakland Athletics executive vice president and part owner Billy Beane is a dude who waits for his moment.

He watched as his club treaded water for the first quarter of the season and was ready with a plan when the A's started to make a move.

His strategy isn't exactly revolutionary. Dude's out to shorten the game by assembling a killer bullpen.

That Beane's able to do it in mid-season is kinda impressive. That he's done it by acquiring closers is damn near amazing.

It's not like the A's current shutdown dude isn't up to the task, either. Blake Treinen is currently the possessor of 29 saves with 29 punchies, a 0.97 WHIP, and a 0.93 Earnie:

But, really, what is a closer -- or a set-up pitcher, for that matter -- but a steady performer in the late innings?

Beane's now got an imposing version of salutations in his pen ...

Oakland seems to like the vagabond thing. Earlier this season, the club inked RHP Edwin Jackson, which made them the 13th MLB team on his résumé.

Kinda like being the most wanted and unwanted at the same time.

Houston's lead in the AL West is far from secure, but while the A's catching them by season's end would be their ultimate result, Beane's moves look more like being ready to win one game when the rubber meets the road.

If that happens, and if Oakland's got a mid-game lead, the team in the other dugout's gonna have some work to do.