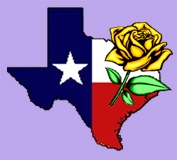 As August arrived, the American League West race looks to be charging into baseball's dog days, thanks to the non-waiver trade deadline.

For most of the prior two months, it seemed like the Texas Rangers had and would keep a stranglehold on the division.

The Houston Astros got hot for a while after they installed George Springer into the leadoff spot, but they couldn't sustain the momentum.

Meanwhile, no AL West team made hay at the deadline like the Rangers:

Now all they've gotta do is reverse a trend and start winning the games they're supposed to win.

Adrián Beltré has been solid all season, and with Yu Darvish getting back up to speed after his DL stint, the pitching could go from good to stellar, especially if Cole Hamels keeps keeps up his torrid pace.

Houston may have hit the skids lately, but they've still got the time and what it takes to matter in the playoff picture.

More fortunately, the 'Stros may also have the best player in the league in José Altuve. Toss in the aforementioned Springer and Carlos Correa, and this is one of the game's most potent lineups.

Dallas Keuchel and Doug Fister aren't exactly Hamels and Darvish, but they'll do enought for Houston to remain in the hunt.

Seattle only has 69 years to go to match the Chicago Cubs for World Series futility, but given their history, they've got a shot. Especially when a proven way for a player to excel is to become an ex-Mariner.

If Félix Hernández has peaked, Seattle may be looking for additional help to materialize out of nowhere, which does happen from time to time.

As to Oakland and the Angels, in BBQ terms, consider them done and well-done.

The Athletics remain on sewer watch, and there's nothing to watch in Anaheim except Mike Trout and a declining Albert Pujols.

After all, Kole Calhoun can only take the Halos so far.