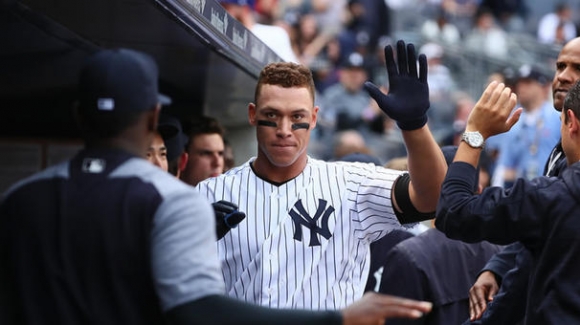 His teammates have described him in more specific terms, though.

In fact, the term freak has been tossed around.

However, this language is not meant to be disparaging.

It's actually a compliment.

This was spring training.

That scoreboard will never be the same.

Here's one that actually counts:

And how about the four he hit last season for good measure?

The soon-to-be 25-year old has obviously shown much promise, and his teammates remain in awe of his physical gifts.

Judge has been compared to Miguel Cabrera, but whether this raw talent can translate into MLB stardom is still up for debate.

In the meantime though, just enjoy the show.