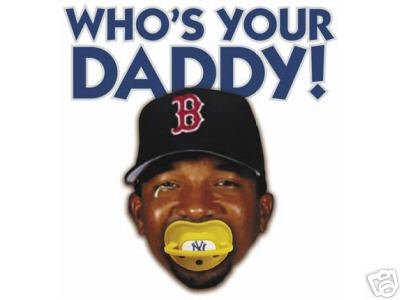 I'm out here kickin' with the band.
I am no longer a solitary man.
Every day my time runs out.
Lived like a fool, that's what I was about

~ The Ramones, I Believe in Miracles

Thanksgiving week marks the annual occasion of baseball's Hall of Fame writers receiving their ballots just in time for mashed potatoes and yams. And based upon the past couple years of voting, it's the BBWAA who should be considered the turkey.

In 2013, they failed to elect a single player in what was one of the most divisive and controversial outcomes in Hall of Fame history. Calls for heads on platters and names to be released were stronger than the Benghazi fallout and just as fruitless.

This led to ESPN columnist Dan Le Batard making a complete mockery of the voting process by selling his ballot to Deadspin and allowing readers to fill it out for him. They actually produced a solid ballot that was no worse in selection criteria than most voters used, eg- they wouldn’t vote for anybody who played in the steroid era. Players may as well just excuse themselves from being considered for the next 20 years if they’re not going to play nice.

The 2015 ballot is more crowded than a Manhattan subway station at rush hour on a Tuesday. By some accounts, there are 20-25 players who have strong HOF cases, but arcane rules only allow voters to select 10.

Some should be locks:

OK, how about 100% chance of unpredictability due to silly grudges and quirky opinions?

At least some changes were made to the voting process, most notably by allowing candidates to remain on the ballot for only 10 years instead of 15. For the first time ever, voters' names will be released, but their ballots will remain secret. A shame, that. It would've caused some voters to permanently delete their Twitter accounts due to fan backlash.

One change in the voting format I’d like to see is a selection process similar to the one that pro football uses. There, the candidates are whittled down to a list of finalists. That way, players like Ron Villone and Alan Embree don’t have to be embarrassed when they don’t receive any votes. Of course, Jacque Jones received exactly one vote last year, so maybe the writers have indeed lost their minds.

As well, having a televised roundtable, community forum-style debate with a smaller group of baseball experts would be much more compelling and transparent than HoF President Jeff Idelson opening a sealed envelope that's been verified by representatives from Ernst & Young on a Tuesday afternoon in January when people are still committed to their New Year's resolutions and don’t care about baseball.

This year should produce a healthy induction class with newcomers Randy Johnson, Pedro Martinez, and John Smoltz all expected to be inducted on the first ballot. Had Smoltz not pitched that one last pointless season, he could’ve gone in last year with teammates Tom Glavine, Greg Maddux, and manager Bobby Cox. That would’ve been a true Tomahawk Chop.

OK, not the original sporting chop, the baseball version:

Last year, Astros 2B/C/OF Craig Biggio missed getting elected by a measly two votes. 3000 hits just doesn’t buy you what it used to. Cooler heads will prevail, so expect two writers to check Biggio’s name so they can be the ones to take credit for electing him when they could’ve been the same writers that elected him two years ago as a first-timer. Remember when nobody was elected in 2013? Not even a clean player? Yeah, me neither.

Other key players who will be judged for the first time are Carlos Delgado, Gary Sheffield, Nomar Garciaparra, and Troy Percival. Darin Erstad, the only player to win a Gold Glove at two different positions, is also on the ballot. How’s that for Tuesday trivia?

Sheffield has zero chance -- the number, not the diet drink -- with his PED use and purposely not trying because he was unhappy that Milwaukee drafted him; those factors will certainly resonate with voters. He was so maligned in Milwaukee that when HoFer Paul Molitor was told that Sheffield was just traded to the Padres, he responded so gleefully: Great, who’d we get?

Roberto Alomar received the cold shoulder his first time on the ballot, and then miraculously saw his vote total jump 20% the following year. It seems many voters gave him a timeout because of his spitting on an umpire while a member of the Baltimore Orioles.

Good luck picking only 10 HoFers out of that group.

Once the pumpkin pie has been served on Thanksgiving, why don’t you have your 5-year-old granddaughter point to names she thinks are funny to pronounce, because what difference does it make? She couldn’t do any worse than what we've seen in the past!

If I could gaze into a crystal ball or hold a note card up to my forehead like Carnac, the following players would be getting heavy bronze plaques etched with their likeness in upstate New York during the peak of the summer season when a gentle breeze rolls off Ostego Lake.

To the lay person, you’re going to Cooperstown, dude!

Randy Johnson – Expect the Big Unit to challenge Tom Seaver's and Nolan Ryan’s record for highest vote total. Most thought this honor would go to Greg Maddux last year, but 16 voters found Maddux unworthy. Only Wayne & Garth are less worthy. Sorry, Mariners fans, but Randy will be wearing an Arizona Diamondbacks hat on his plaque. Four straight Cy Young awards, a World Series championship where he was voted MVP, and throwing a perfect game there will do that for a player.

Pedro Martinez – No mention of Pedro throwing Yankees coach Don Zimmer to the ground is necessary on his plaque, nor is drinking champagne with Mahow after the Red Sox won the World Series. All Pedro’s plaque needs to read is most dominant pitcher of the steroid era, or does Cooperstown not recognize the steroid era? It would be fitting if Pedro went in as an Expo, since the HoF seems so hell bent on preserving baseball history that they forced Gary Carter and Andre Dawson to wear Expos hats, so why not Pedro?

Expect some voters to hold it against him that he only won 216 games and pitched during the steroid era. Fair enough; he’ll still get around 85-88% of the vote, but sadly, Mahow won’t be attending his induction ceremony since the shortest man alive passed away in 2006. Don Zimmer passed away this year, so it’s anybody’s guess who’ll attend his induction ceremony. Perhaps there are still Expos fans in existence?

John Smoltz – You just had to hang around one last meaningless season, eh, John? Retiring after the 2008 season, which was highly recommended, would’ve virtually guaranteed he'd go into the HoF with Maddux, Glavine, and Cox. That would’ve been an amazing HoF class, especially for the Gwinnett County faithful. He’ll be wearing a Braves cap regardless. Perhaps Braves fans should buy him a Tigers hat, since it was that dubious trade with Detroit that brought Smoltz to Atlanta for ace-at-the-time Doyle Alexander. Win now, pay later.

The easy comparison to Smoltz is Dennis Eckersley, as both men were solid starting pitchers early in their careers and evolved into shutdown closers later in life, but Smoltz was one of the best post-season pitchers ever. If Whitey Ford had the Wild Card, Division Series, and League Championship Series to pitch in, he may have won 300 post-season games. I digress. If Smoltz doesn’t make it on his first try -- unthinkable, really -- he should make it the following year, by which time holdout voters would have some sense slapped into them.

Craig Biggio – Two voters couldn’t muster the energy to place a check mark next to his name last year. It’s a travesty, really, and shows just how out of touch, crotchety, and ignorant many voters have become. Perhaps they started out that way in the womb. Biggio not only has 3000 hits but played three premium defensive positions extremely well and became the first player in baseball history to be selected to an All-Star team as a catcher and 2B in consecutive years. Biggio is also the only player in history to have 50 doubles and 50 stolen bases in the same season (1997).

That’s quite an impressive feat, which displayed his hustle and grit. He led the league in used pine tar rags, and rarely could you make out the gold Astros star on his batting helmet. He formed the core of the Killer B’s with teammate Jeff Bagwell, and if there really is a God, both men will get to share the stage at Cooperstown this summer.

I want to believe that Jeff Bagwell and Mike Piazza will get elected this year, but based on their vote totals last year, it doesn’t appear likely. Bagwell actually lost votes from 2013 -- unbelievable! -- and received 54% of the total. Piazza topped out at 62%, so he’s close. Still, it's not sure he'll make the jump, as PED rumors appear to be hampering both players' candidacies.

Whatever happened to innocent until proven guilty? It'll be interesting to see how Bonds and Clemens fare on their third attempt at induction. Both players also lost votes from 2013 to 2014, just like Bagwell, so they certainly aren’t gaining support.

One thing is certain: there's sure to be controversy and spirited debate, as there's more interest in this election than any politician could even dream of.