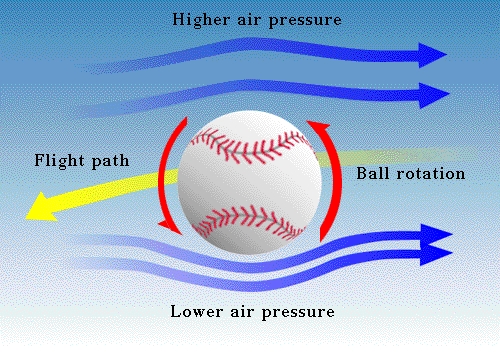 While the New York Yankees made headlines by winning the battle for free-agent sensation Masahiro Tanaka, the New York Mets made punchlines by re-upping the ghost of hyped hopes past, Daisuke Matsuzaka.

Tanaka's consumer-friendly numbers from his last season in Japan -- 24-0 record, 1.27 ERA ,and 0.94 WHIP in 212 innings -- guaranteed a mega-million greeting in MLB, where virtually every team has a Geek Department to sort the stats from the chaff, so to speak. One glaring reason for that was Dice-K and his short-lived success in North America on both the financial and investment fronts.

Of course, myth accompanied Dice-K to the USA. Specifically, his gyro-ball was the talk of the game:

However, the pitch didn't really gyro in MLB. Whatever it did do, major league hitters figured it out within two seasons. Dice-K thus had to make adjustments, but those landed him in Tommy John purgatory. His career has never really recovered.

Tanaka is rumored to have a fastball that hits and/or exceeds 94mph, but video proof has been elusive. All that's been verified to date is a 90mph heater with strong secondary pitches that move. Not like gyroballs, but tough-to-track in more conventional ways. Sort of like Johan Santana's change-up or Mariano Rivera's cutter.

And what makes a ball move? A key element is the stitching. And the core has much to do with how far it travels after it's hit, which can definitely affect both a pitcher's record, ERA, and WHIP. Here's where they fit in a baseball's nomenclature:

Japan's history of uniform baseballs is sketchy, to say the least. Could it be that Dice-K's effectiveness in the NPB was due, in part, to the balls being 'customized' to accommodate his repertoire, and specifically, his gyroball? Could that be why it allegedly worked in Japan and never materialized in North America?

Tanaka, like Darvish, pitched after Mizuno was named the official supplier of NPB baseballs. Not that Mizuno and NBP poobahs are beyond chicanery themselves, but the fact is Tanaka will be hurling a different ball when he takes the mound in 2014.

Those results will be more difficult for the Geek Departments to project.

The Yankees and their fans expect to see Tanaka be another Darvish, who gets awesome movement from all five of his pitches, impressively from the same release point.

If the latest Japanese sensation can do that, another Yankee legend may be in the making. If not, maybe the Mets will be in the market for another last man on their staff someday.