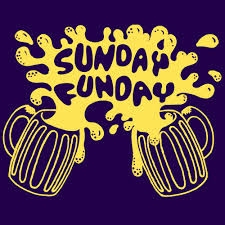 If you've put your money where our mouth is this weekend, congratulations!

It's a perfect 3-for-3 since the All-Star break, and today, we're looking for a fourth straight W. That could very well happen in Anaheim, where the Angels host the Oakland Athletics.

Oakland comes in on a two-game losing skid as only a slight favorite here (-127 at Bovada), but I'm a lot more confident backing Oakland than oddsmakers on this one.

Oakland bats have been quieted this series, but taking a look at the info provided by using the Bovada data tool on the Home page, you'll find that could come to a halt Sunday. Right-hander Jerome Williams starts for Anaheim and has been anything but impressive this season  (4-5, 5.46 ERA), and that's especially been the case in his last few starts. Notice in his last three, he hasn't made it out of the fourth inning, and opponents haven't scored fewer than seven runs in those three.

Then there's his counterpart, Bartolo Colon. The veteran is working on three straight quality starts and brings in a 12-3 record with a 2.70 ERA. He also has had good success against the Angels in recent past, winning two of his last three, while allowing just six earned runs in his last five starts. Colon has also made it through the sixth inning each time in all six of those starts.

Hopefully, you've established in your mind who the better pitcher is. Now here's a chart provided from the data tool comparing the two teams on the season:

To me, the money is the most telling number there. Afterall, isn't that what we're after here? Oakland's +1215 on the season has been built largely because of their 40-21 record as a favorite which they are today. They also hve won one more game against righties than the Angels, while having played 6 fewer games against right handers overall. To me, all signs point toward Oakland here with only a small price to pay. Take the Athletics this afternoon and let's make it four straight!
My pick:  Oakland -128
Smart bettors don't normally endorse parlays, but even I may not resist the urge to make a little sweat bet, pairing Oakland with the Yankees tonight. New York comes in as a slight dog (+115) and they'll be facing Ryan Dempster, who hasn't been very good lately. CC Sabathia hasn't tossed in the dominant form he has in the past but is still much better than Dempster.
I rarely recommend parlays -- and certainly not for more than 20% of the single bet (Oakland) -- but this one will still pay nearly 3:1 at Bovada and I like the chances.
So if you need a little Sunday night action between the lines, this one might be worth a shot!
Sunday Parlay: Oakland -128 with NY Yankees +115
---
UPDATE:
Results ... Oakland 6 Los Angeles Angels of Anaheim 0     Athletics cover
Boston 8 New York Yankees 7 (11 innings)     Red Sox cover
DAILY UPDATE